How To Hookup After A Breakup 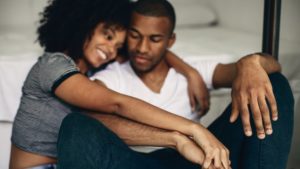 Now that you’re single again, I’m sure all of your friends are clamoring for your fabulous company. But if you’re hoping to meet someone special, which pals will prove most helpful—single friends? Couples, perhaps? Or are you better off hitting the town alone?  While any friend who makes you feel good about yourself belongs on your speed dial, there are distinctive pros and cons to socializing with single people and marrieds, says Karen Gail Lewis, author of With or Without a Man: Single Women Taking Control of Their Lives. And yes, there are even plusses to being the mysterious woman eating alone at the bar. So read on for the real deal about which method will work best for you.

They’re always up for after-work margaritas and post-mortem Sunday brunches. And it doesn’t take much arm-twisting to drag a few buds to events for the unattached, whether that’s a raging party at a dance club or a meet-and-greet in a church basement. “Going out with single friends allows you to see life from a single perspective,” says Joyce Morley-Ball, a relationship therapist in Atlanta and author of Seeds for the Harvest of a Lifetime. “It lets you be reintroduced to the singles scene—with friends.”

As long as you avoid jaded singletons, that is. Spending time with killjoy pals who roll their eyes when you meet someone special will not only put a damper on your enthusiasm, it may actually cause you to blow off great prospective partners. Likewise, avoid any and all divorced friends who want to turn every outing into a bitch about the ex session, warns Wendy Allen, Ph.D., a relationship expert in Santa Barbara, CA. “Stick with the ‘winners,’ the ones who’ve done work on themselves and have achieved some peace of mind.”

Don’t assume hanging with couples will turn you into a third wheel. “Divorced men and women need time to heal. Going out with couples can be a safe and fun thing to do,” says Allen. And, bonus, when you go out with a couple that has a great relationship, “you can observe what makes for a happy marriage,” she adds.

Allen knows firsthand. Once she was back on the market, she spent a lot of time at the home of a happily married pair she knew. “I learned a lot from them about how to handle conflict and show affection,” she says. Maybe that made her more open to the romantic opportunity just around the corner—or, down the street, rather. “I met a man who was working one block from this couple’s house, and we ended up getting married.”

Susan Silver, a writer in New York City, also believes hanging out with paired-up pals has its fringe benefits. “Going out with couples is the best for meeting someone because they’ll look around for you with no self-interest,” she notes. “And men tend to have more guy contacts.” (In fact, Silver went on several dates with buddies of her married male friends.)

Besides, logging time at the home of a cozily married pair can ease your transition into the wide world of dating. “I am very grateful to my couple friends for schlepping me along and inviting me to their homes for the weekend,” she continues. The challenge, of course, is to not spend too many nights wedged on a sofa between two marrieds, inhaling popcorn and watching Dancing with the Stars!

It sounds crazy. It sounds terrifying. But there are some very good reasons to consider holding your head up high and hitting that party/book reading/open mic night alone. Such as? The biggest pro is “you can do any activity you want—rather than stay home and miss it and wish you had gone,” says Sherry Alpert, a divorced executive in Canton, MA. “We singles who don’t have kids at home can use our freedom, which we have more of than couples because we’re not answering to anyone.”

Plus, planning your own itinerary means you’re more likely to stumble upon a like-minded partner. “You have more control finding someone to your liking if you choose the type of setting or event,” points out Lewis. “And when you go alone, you are much more likely to meet others, since you’re less reliant on your friends.”

That’s true even when you’re attending decidedly unromantic events. Alpert happened upon someone special at, oddly enough, an acquaintance’s mother’s memorial service. “I certainly didn’t go to the memorial hoping to meet someone,” she says. “But we talked there, met each other afterward, and had a two-year relationship.”

So go ahead, venture out at least once without that security blanket of friends. Ask for a table for one. Chances are, you won’t be dining alone for long.