10 Guys To Date Before You Settle 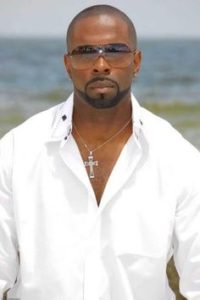 One fairy-tale-inspired adage that we actually sort of agree with?..You’ve gotta kiss a lot of frogs before you find your prince. After all, playing the field can be fun—and it can help you figure out which qualities you want (and which ones you don’t) in a guy. Here, in no particular order, are 11 amphibians, er, we mean men, who may not be Prince Charming, but could bring you closer to happily ever after by helping you understand what you want and don’t want.

What you’ll gain: His enthusiasm and zest for life will be infectious. Your friends will adore him and there will never be a dull moment when he’s around.

Why it might not work: It won’t be easy convincing him that a quiet night at home could ever be as much fun as a Usher concert. Plus, all his over-the-top antics may be a sign he’s hiding some deeper, darker issue.

What you’ll gain: This adrenaline junkie will convince you to do things you never thought you’d do: cliff jumping, sky-diving, down-hill mountain biking. You’ll both be so high on endorphins, that you’ll wonder why you hadn’t thought to try land sailing before.

Why it might not work:  Once the euphoria subsides, he’ll be looking for his next rush and eventually, you may realize that his thrill-seeking lifestyle is practically an addiction.

What you’ll gain: He’ll teach you about cinéma vérité and the “mouthfeel” of wine. He’ll introduce you to the opera and encourage you to read Kant and Kierkegaard.

Why it might not work out: Without even a hint of self-deprecation, his ways could easily come off as snobbish. You might be able to appreciate them initially, but when he talks about the burgundy delicacy of a glass of California Merlot, we dare you not to roll your eyes.

What you’ll gain: You’ll become one with nature and take up yoga in earnest. You’ll swear off red meat and discover that coconut jerky is actually pretty darn good.

Why it might not work:  All of his save-the-world, fight-the-system talk could start to get a bit sanctimonious. And you’ll start to hate coconut jerky

What you’ll gain:   He’ll make you feel like you are the most interesting and appealing woman he has ever met. (If he’s young enough, this may in fact be true.)

Why it might not work out: When you reminisce about the days before cell-phones and the Internet, he’ll regard you with a mix of wonder and utter confusion.

What you’ll gain:  He’ll be the constant caretaker, solicitous and doting.  Hungry?  He’ll make you a sandwich. Tired?  He’ll give you a back rub. Depressed? He’ll fly you to Paris.

Why it might not work out: You could have a hard time ever feeling like a true equal.

What you’ll gain: You’ll feel like the prom queen dating the high school quarterback when you’re out with him. He’ll be strong and sturdy, but wholesome and sweet-natured in that corn-fed, aw-shucks way.

Why it might not work out: You could realize that beyond your mutual love of Friday Night Lights, you actually don’t have that much in common.

What you’ll gain: His tough-guy exterior will draw you in, but it’s his sweet, sensitive side that will ultimately win you over.

Why it might not work out: He’ll tell you that you’re too good for him, that you deserve better, and then he’ll ride off on his Harley into the sunset. Or you could find out he grew up in the suburbs, gets a monthly check from his parents and the only thing he’s rebelling against is getting a real job.

What you’ll gain: This suave ladies man will woo the pants off of you—yes, as in, literally. He knows all the tricks in the book. Heck, he practically wrote the book.

Why it might not work out: He’ll tell you that he’s only a player because he hasn’t met the right woman…yet!  Sure, that could be true, but even if it’s not (and it’s probably not), here’s the upshot: The next time you encounter one of his kind, you’ll be that much wiser for it.

Why it might not work: If he’s too much of a pushover, you might lose respect for him. But make sure that you’re not writing him off for the wrong reasons. There’s nothing inherently the matter with a guy who’s super into you.