A History Of The 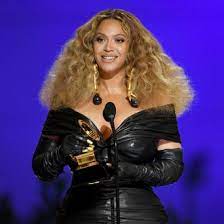 Who Have Won Multiple

Beyonce Knowles Carter: This mega-star made history in 2021 with nine nominations and three wins, bringing her total Grammy awards to 28.  This feat alone made her the most decorated woman in Grammy’s history. Though she has never won Album Of The Year, she is the most nominated woman ever with 79 nods.  Quincy Jones: This popular music producer tied with Beyonce by bringing his total Grammy wins to 28 in the same year. He is also one of the 11 black entertainers who won Album Of The Year for 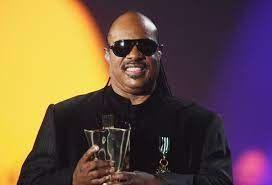 Stevie Wonder: This R&B icon has received 25 Grammy Awards and holds the distinction of winning Album of the Year three times in a row— a record he shares with Frank Sinatra and Paul Simon. He triumphed for three consecutive LPs: 1973’s “Innervisions,” 1974’s “Fulfillingness’ First Finale” and 1976’s “Songs in the Key of Life.” Stevie Wonder became the first Black artist to win Album Of The Year in 1974 for “Innervisions,” 15 years after the inaugural Grammys ceremony. 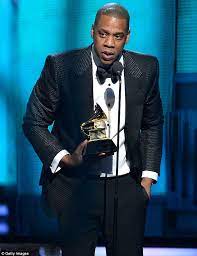 Jay Z:  This music mogul has won 23 Grammy Awards— his first being for Best Rap Album (“Vol. 2 … Hard Knock Life”) back in 1999. But Beyonce’s husband has never won any awards in the Big Four fields (Album, Record, Song of the Year, or Best New Artist). 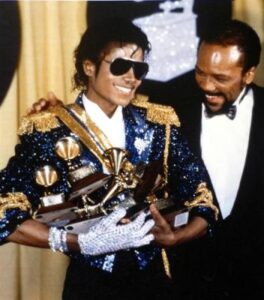 Awards, but has yet to win the coveted Album Of The Year. Despite three consecutive Album of the Year nominations (for 2004’s “The College Dropout,” 2005’s “Late Registration” and 2007’s “Graduation”), Yeezy has yet to fulfill that dream.  Michael Jackson: This pop superstar won a total of 13 Grammy Awards before his untimely death.  He was also awarded the Grammy Legend Award and Grammy Lifetime Achievement Award for “Thriller.” In l984, Jackson became the first artist ever to win eight Grammy Awards in one night. The record was later tied by Santana in 2000.

Since the inception of the Grammy Awards in 1957, only eleven black artists have won the Album of the Year Award and they are also on the list for winning multiple Grammy awards.