Can He Be Faithful? The Pros & Cons

Can He Be Faithful? 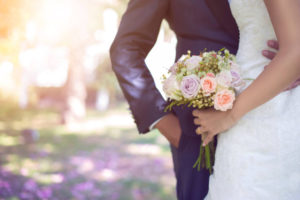 Be clear!  If he cheats with you, he will cheat on you!  It took me a while to understand this poignant fact.  I used to think that a woman’s beauty or lack thereof had something to do with whether or not a guy would cheat on her.  I assumed that beautiful women stood less a chance of a man being unfaithful than a woman who was not so physically endowed.  But I learned the hard way that though men have a deep appreciation for a woman’s beauty if he has a cheating heart, it doesn’t matter how pretty she is, he will soon become bored.

When I sat down to write this, I realized that in all my years of dating, I’ve never dated a guy who didn’t cheat on me.  I even dated some who would cheat with me, and yet display some sort of twisted code of respect for the woman they cared about more than me.  As I reflect on my past experiences, I am shocked at what I put myself through for the sake of a little company; which was rarely quality company.

On too many occasions, I sat across the room from a guy, as he lied openly to “his woman” about being someplace he wasn’t while winking at me.  I’ve had guys tell me that though they liked me, they were already involved in a “serious relationship,” which limited their time and attention for someone else.  In other words, they could come out and play for a little while, but they couldn’t stay long because their “hearts” were already taken.

I finally came to the conclusion that my self-respect was non-existent, and though I was pretty enough, my lack of self-esteem put me on the low end of receiving true affection.  One married guy, who I dated one time, on my loneliest night, told me he only dated women who respected his relationship with his wife.  He explained up front that he never stayed out past ten o’clock and that his home life came first.  He also claimed that few women complained because they appreciated his honesty and respected his position.

As I listened to him, I was amused at how it was obvious that he viewed himself as a “respectable playa,” who felt almost exonerated of cheating because his wife “came first.”   One ex-boyfriend who had dumped me to marry someone else, rang my doorbell on the eve of his wedding for “one last fling” before he tied the knot.  Of course, I slammed the door in his face.  But I spent the whole night wondering why he had a need to sleep with me and he was marrying someone else?

Studies show that most women believe that few men can be faithful, because it’s against their nature and the “preponderance of lonely women” fuels the temptation.  I have never married, and I’m no longer anxious to be married because I fear being emotionally bound to a man who I feel will eventually cheat.  I’ve watched a number of friends transform from gushing brides to distraught wives due to tossed aside vows that were trampled on shortly after the ceremony by the dashing groom caught cheating.

One friend’s husband whom she’d only known for four months flirted with me at the wedding reception, and just as I convinced myself that it was my imagination because I’d had too much wine, he cornered me and offered to come over and “fix my furnace.”

Therefore, I’ve come to the conclusion that few men and I do mean few, are above cheating.  Of course, this is based on my experience and my observations, but Dr. Marian McGee, a noted psychologist, disagrees with me.  She says…“Men don’t have to cheat!  It depends on the woman!  Men become glued to women who don’t try to change them.  Men usually remain faithful to women who inspire a myriad of emotions such as respect, admiration, security, devotion, and fear.  This man knows that his woman will stand by him when he needs her and “clobber” him if he fails her.  He feels loved, but he is also challenged by her independence.  A man will seldom cheat on a woman who he’s convinced can take him or leave him.  The mystery usually keeps him fascinated and faithful.”  And I totally disagree!