Caught! What To Do…

Caught! What To Do… 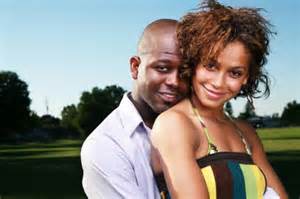 I saw him when he walked in the door, but it was obvious he didn’t see me.  I’d know him anywhere.  He was tall, lean, and handsome with a smile that flashed like lightning.  He was my best friend’s fiancé, and he was holding the hand of a woman whose flashy style was a sharp contrast to my friends’ conservative flair.  They took a seat across the room in one of those secluded booths deemed for lovers only, and I shrunk down in my seat to not be seen..

I studied him as I sat alone and teary in an obscure corner nursing the fresh wounds of my latest heartbreak.  I watched closely as he leaned close and kissed the woman’s closed eyelids and then her nose.  His face reflected adoration, and they laughed the lover’s laugh, which signified intimacy and familiarity.

Before that moment, I’d always envied my friend’s happiness, while I lacked any of my own.  After all, she was engaged to a successful businessman, who up until now seemed committed and devoted to her.  They seemed to adore each other, while I still shopped exertedly for that proverbial “prince”, who remained elusive.   My friend had been married before and I had not, and I felt jealous of the fact that she had been chosen again.

As I sat watching him, I was in awe of his boldness.  It was a Friday night, and the restaurant was packed.  We were in a small café on a busy street, but apparently he felt safe.  I thought of my friend, her elaborate plans for the wedding and her excitement over being his bride.  She had been planning her wedding for months now, and had spent an exorbitant amount of money.  She paid $8,000 for a dress that I was certain now would be returned, after I told what I’d seen.  At that moment, I felt some weird form of satisfaction that her “prince” had turned out to be just like the rest of the men I’d encountered.

As I sat watching them whisper in each other’s ear, I felt the urge to call her right then, and have her experience the pain of deception firsthand.  I felt it my duty as her friend to stop her from making the mistake of marrying someone who was cheating on her.

The day before, I decided to surprise my latest “boyfriend” of six months with a birthday cake before he went to work, but when I arrived at his apartment at 7:00 a.m., he wouldn’t answer the door.  I knew he was home because his car was parked in front of his building.  I guessed he had other female company, and I was determined to find out.

As I sat outside his flat, my anger grew more intense.  I decided to wait in my car, which I parked a substantial distance away, until he came out to go to work.  My suspicions were confirmed when he walked out the door an hour later with a tall redhead.

When he leaned and kissed her full on the mouth before she walked the opposite way on the street, I decided to leave.  I couldn’t take it anymore.  At that moment, I had seen and endured enough betrayal to last a lifetime.  When I called him later at work to confront him, he reminded me that he had made no commitment to me.  He also expressed his anger about me hanging around outside his building by referring to me as a stalker.  When I hung up the phone, I broke down in tears and threw his cake in the garbage.

It seemed I’d never had a good relationship, and that I was always being betrayed by a guy I invested my feelings in.  And now it seemed that my best friend was about to experience the same thing.

As I left the restaurant to walk to my car, I suddenly remembered my friend’s words that she spoke so often.  “Don’t bring me no bad news.”  She would always say, “if I didn’t see it, I don’t need to hear it.”  So, in a split second, I decided to keep my mouth shut and act as if my eyes had not been privy to her fiancée’s act of betrayal.

Three months later at the wedding, I was stunned, when the groom’s best man turned out to be his identical twin brother, who was accompanied by the same woman I’d seen him with at the restaurant.  I was also glad I hadn’t said a word.