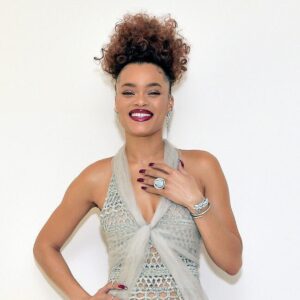 Andra Day was born Cassandra Monique Batie  in Edmonds Washington in l984.  Andra Day is an acclaimed singer, songwriter, and actress. In 2015, she released her debut album, Cheers to the Fall.  At the 2016 Grammy Awards, the album was nominated for Best R&B Album and the single, “Rise Up”, was nominated for Best R&B Performance. To promote “Rise Up” she performed the song on The View and the performance earned her a Daytime Emmy Award nomination. The album also peaked at number 48 on the Billboard 200 list.

At age 12, Day was introduced to the sounds of jazz vocalists such as Billie Holiday, Ella Fitzgerald, and Dinah Washington, all of whom she counts as early influences on her sound. After high school, Day worked about 20 different jobs, including one as a children’s entertainer. In 2010, Stevie Wonder’s then-wife, Kai Millard, noticed Day performing at a strip mall and brought her to the attention of her husband.   Day received a call from Wonder soon after and a partnership was eventually formed.  Wonder introduced Day to producer Adrian Gurvitz who would eventually collaborate on Day’s debut album a few years later. 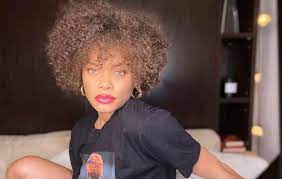 opened for Lenny Kravitz. In October 2015, she sang “Rise Up” at The White House and again performed the song for A&E’s live special, Shining a Light: A Concert for Progress on Race in America.

Day performed on the second day of the 2016 Democratic National Convention in Philadelphia to rousing applause. In December 2016, Andra Day received the Powerhouse Award at the Billboard Women in Music event. In 2017, Day appeared on the song “Stand Up for Something” with rapper Common for the film Marshall. The single was nominated for the Academy Award for Best Original Song; Day and Common performed the song at the 90th Academy Awards in March 2018.