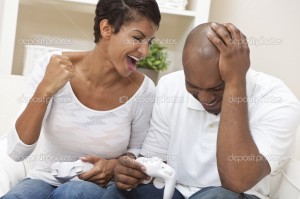 When I first met my cousin’s new boyfriend, I knew he was a phony.  (Another man can usually spot the tell-tale signs on another man.)  But my cousin was in seventh heaven with her head in the clouds.  He couldn’t look anybody in the eye at the family holiday gathering, and my elderly uncle, who is known for his embarrassingly acid tongue told her point-blank that the guy was “good-looking, but didn’t look trustworthy.”

She laughed, dismissed her uncle’s observations, and began bragging about his latest accomplishments, his gorgeous home, his new Lincoln Navigator, and his love for her.

Three months later, I learned from another cousin that “the gorgeous home” belonged to the woman he lived with, who was on a two-month work assignment in Ecuador, and the car was also hers.  My cousin was so depressed when she learned this information that she had to take a week off from work and couldn’t get out of bed.  She stayed in bed for six days and food had to be shipped in.

Unfortunately, this was not the first time she’d been dumped in this fashion, and unless she changes her mode of operation when it comes to men, it won’t be her last.

Here are a few things that I’d like for women to think about before they fall in love with the next guy, who may prove to be a heart-wrecker and a soul-stainer.    Check him out…but check yourself first.

What kind of men are you drawing to yourself?  That’s right, what kind of men are you sending out signals for?  Do you say “I want a good man” and then go dog catching?  Sure, undesirable men are always going to come your way now and then.  But generally, we control who we meet by what we outwardly project.  Most certainly, you’re in control of who you give your phone number to and who you date.  Here are 6 ways to tell..

Does this list guarantee that you’ll never meet another dud? Absolutely not!  But it does give women some realistic advice on separating the good men from the bad boys.  As a man, I know the games the men play.  But having said that, I know plenty of good men who want to meet good women.  Good guys are out there.  But to find them, women must be aware of the things in the list above as well as being honest with themselves as to what they’re really looking for in a man.