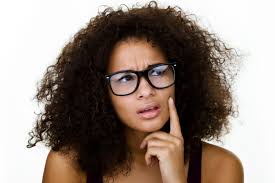 When a cousin’s boyfriend ended their two-year relationship, he sent her a dozen of yellow roses (for friendship) with a card, which basically stated that since he was not ready to be in a long term relationship, he thought it best that he allow her the freedom to “guiltlessly” pursue one that was more suited for a woman of her quality.  When she finished reading that card, she didn’t know how to respond…but she didn’t get angry, and she didn’t feel rejected.  That is until she discovered he had blocked her on his phone when she called to talk to him.

Across this country and the rest of the world, there are men and women being dumped or blocked without a word or explanation being offered.  The numbers are high where some have been sitting contentedly in relationships, which suddenly ended for no apparent reason.   Brides have been left at altars and City Halls, (one friend stood outside City Hall for five hours waiting on her groom-to-be, who never showed up) when she tried to reach him, she found her number had been blocked.

My boyfriend of four years just suddenly stopped calling, answering his phone, and showing up.  When I finally cornered him at work, after three weeks of missing in action, he told me he had been depressed about family matters and he just needed some time to be alone.  After a few days, when I tried to call him, I found he had blocked my number. Two weeks later, he married another woman in another state.

I don’t think most of us realize what a person goes through when the relationship ends before we want it, and some of us just want to know why.  Our egos are sent topsy-turvy as we come to the bitter truth that someone we want doesn’t want us anymore.  We wonder if it’s because they have found someone who has what we don’t, or did they just got bored?  Most of us just want to know how we blew it, without having our feelings smashed even more.

I was once chased by a guy relentlessly and when I turned around to finally give in to his persistence, he was gone. In fact, when I discovered he had blocked me, I was in bed for a whole weekend.    I am convinced to this day that I somehow turned him off, and I’m dying to know what happened. The problem is, it still bothers me.  What made his smiles of adoration go away?  Was it something I did or said?

I have come to the realization that rejection by block is not necessarily an indictment against my overall desirability.  It simply means that I didn’t qualify for something that was not meant to be in the first place.