The Dating Scene – Moments Of Madness 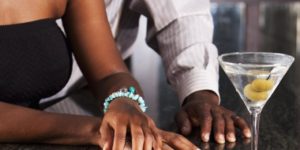 When you’re single and dating, there are moments that happen during the course of time you wish to forget.  Here are a few examples…

Julia – “I was at home entertaining a second date with a guy who had a lot of potential when my crazy ex-husband showed up at the door.  When I wouldn’t answer it, he used his key and came in.  It was a lock I planned to change but never got around to it.  My date didn’t even say goodbye when he got up and left.”

John – “One night after suspecting my girlfriend was seeing someone else, I followed what I thought was her car for twenty-five miles outside the city. The woman obviously noticed me and called the police. I  ended up being arrested for stalking a woman I’d never seen before.  I’m a policeman, and I was so embarrassed, I couldn’t even talk when the police pulled me over.”

Carly – “I was out on a blind date with a guy, who was attractive, polite, and hard to read. I couldn’t tell if he was interested or not because he kept the conversation light and friendly.  When he got up and went to the men’s room, and was gone awhile, I decided to go to the ladies’ room.  When I came out and passed the men’s room door, I heard him on his phone describing me as ‘frumpy, dumpy and dull.’  I kept walking straight out the restaurant door.  Meanwhile, I got great satisfaction out of picturing him coming back to an empty table.  As I walked to my car, I pacified my hurt feelings with the memory of a wonderful meal.”

Marla – “Last month, I went out for the first time with a guy I met online. We after the check came, he grew silent and then asked me to pay half the check without any explanation. I was stunned and angry, but I paid it without question.  I didn’t understand, but I was too intimidated to ask why.  As we rode home, he broke the silence by informing me that I had ordered too much food, and therefore had gone over his budget.”