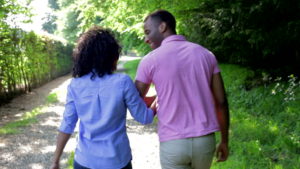 Will:  “I often go back and date ex-girlfriends when I get bored, but it’s not the smart thing to do. Sometimes it lifts hopes, where there is none.

Noah: “When I found a woman I wanted to tell my secrets to, I proposed.”

Jim:  “When a woman has more money that a man, she often uses it as a vital part of his benefits package.”

Marisol:  “In a relationship, I never accept what I don’t want, or less than what I think I deserve, because I learned that you get no points or respect for going against what pleases you, to accommodate your partner.”

Larrell:  “I learned to stop being afraid of letting my feelings show in a new relationship after having my love rejected in a previous relationship. I give all I got until I’m given a reason not to give anymore.”

Lisa:  “Up until recently, I had never spoken my true feelings on the dating scene, because I had always been too scared that people wouldn’t like me. I went along to get along and I got no respect.  Now, I don’t care.  I say whatever I feel like saying, and my popularity has soared.”

Laura:  “No one likes to be alone. But men seem to be able to bear being alone much better than women.    A guy can be alone for months and never speak about it or display any hunger tendencies.  They hide it well.”

Hank:  “I no longer foot the total bill on dinner dates unless it’s her birthday or the celebration of a special occasion. It takes two people to have the fun and I think both parties should pay for it.”

Carrie:  “Every single female friend I have wants to get married, and are willing to accept almost whoever asks or whoever they can convince. Subconsciously, they are all seeking a “permanent state of happiness” that they think lies within the legal validation of a relationship, but consciously they just prefer the term Mrs. To Ms.”