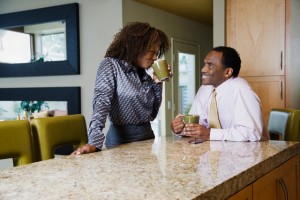 “I’m dating three women. One I have to take to the finest places, while one only requires I visit her only.  The third one visits me.”

“Women are far more critical when sizing a man up for a potential lover, but are extremely resentful of a brother who appears to be selective. Am I supposed to hook up with her just because she likes me?”

“I admit like most men, I am excited by a pretty face, but I get even more excited if a woman is naturally sexy, without trying. I like women who are carefree and confident.”

“I recently took a woman out who thanked me thirty times for a lovely evening between the restaurant and her door. I don’t think she’d been out in a while!”

“A guy without muscles could never appeal to me.”

“We used to work together, and I found her very attractive, but she wouldn’t give me no play until I began ignoring her. After I gave up, moved on, and stopped reaching for her, she was all over me.”

“If a smart brother has a little edge to him and pretty white teeth, he can have any woman he wants.”

“I was in the supermarket one day when I ran into my boyfriend’s aunt who told me that my boyfriend had fallen the night before, broke his leg, and was in a nearby hospital.  All the way there, I wondered why he hadn’t called to tell me.  But when I got there, I understood immediately.  Sitting at his bedside, holding his hand, was my sister.  I found out that they had been seeing each other behind my back for months and had been together when he fell.”

“I answered an ad once for a position as an executive secretary and the woman doing the hiring turned out to be the ex-wife of a guy I used to date. I was someone she’d never forget because I used to do dumb stuff like calling her house to ask for her husband and give my name like I had some rights.  She laughed a deep laugh when I walked into the room.  Without saying a word, I turned around at the door.  She was still laughing when I closed the door.”

“If someone sounds like undesirable company over the phone, don’t be afraid to express your non-interest in wasting each other’s time. I find that few people on the dating scene have the guts to back out when their first mind tells them to.”

“A man who makes $100,000 a year is better suited for a woman who waits tables, than a woman in the same position. Women can adapt easily to a better lifestyle when they’re pulled into it by their mate.  But men can’t hang when their woman makes more than they do.”