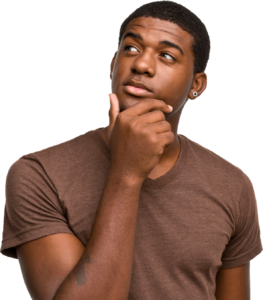 Brie: “From now on, I will go after what I want and stop waiting on my prince to ride up and swish me away.  If I see a guy I like, I will do the choosing. Women must become more aggressive in the match game.”

Stephanie: “If I can’t capture a man’s heart, I’m not settling anymore for his libido.  Some of us get tired of what appears to be a fruitless search and opt for the church to replace the longing.  Others stay active in the “game” and catch as catch can.  We hang tough with “shells” of what we’re looking for and work off our disappointments. “

Cassandra: “For most of my friends, temporary encounters and floods of tears are common.  Many get discouraged and lower their social requirements for a mate.  Unfortunately, they end up paying the price. Shortcomings are too often corrected through fantasizing. I have been guilty of this. For me, sex is no longer a part of the dating game.  I’m saving myself for marriage.”

Carlyle: “I finally understand that when a man really cares for a woman, he finds time for her.  I will never let another man tell me, he’s too busy to see me as often as he’d like to. I have learned what that translates to.  I like you okay, but not enough to spend more time with you.”

Jason: “A man cannot expect that the woman in his life is going to keep what goes on between them to herself.  Therefore, I will never confide anything to a woman that I don’t want her girlfriend to know.  Last year, after breaking up with a long-time girlfriend, I learned from one of her friends that I had been divorced three times and my ex-girlfriend was the only person I had ever told.”

Lori: “The next time a man tells me, he is “seeing” someone, I will go the other way.  I am no longer interested in trying to outdo, out-sex, and outthink another woman to land a man.  It doesn’t work.  It seldom happens and most of all, the man doesn’t respect you anyway.”

Micki: “I learned that one can never lower their standards because loneliness sets in.  This year,  I dated enough guys in a lower income bracket to know that you cannot mix a champagne mentality with a beer background.  I went out with several guys who proved to me that ballet and baseball don’t mix.  From now on, I’ll wait for my dream type or I’ll walk alone.”

Jack: “Last year, my fiancée stood me up at the altar after we’d been involved for four years. Later, I learned that she had left town the night before with a guy she’d only known a month.  She had told me she was pregnant with my child.  I often wonder what she told him.”