From The Male Room – “Why Some Women Don’t Get Chosen.” 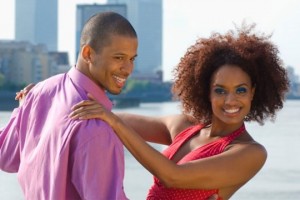 It was a Thursday night and as usual, me and the boys were out for drinks at our favorite hangout.  There was Larry, the stockbroker, Johnny, “the real estate tycoon,” William, the school teacher, and myself, the writer.  Out of the four of us, William was the only one who attracts women like a magnet with little effort involved  He is the “playa” of the group.

That night, the topic was on why certain women aren’t chosen.  I had just met a beautiful woman whom I was having mixed feelings about and  I needed some insight because I wasn’t certain about whether I wanted to date her.  There was something about her that bothered me but I couldn’t nail it down. So, I asked each of my learned brothers to answer the question, what makes a man not choose a woman who appeals to him physically?

Quite naturally, Johnny was the first to speak.  “I don’t choose women who immediately strike me as “wedding planners.”  We all laughed.  Johnny always placed women in categories. “A wedding planner is the type of woman who is usually overly aggressive.  She asks about the second date before the first date is over.  All her friends know what you drive, where you live, and what you do for a living and the two of you just met.  With question after question, she is measuring you up to see how she can get closer to you and your success while sizing you up for a tuxedo within the second week of introduction.”

Johnny continued.  “A wedding planner never gives a guy a chance to be romantic on his own, because she immediately takes control of the relationship.  That’s like not letting a lion chase his food.  The lion enjoys the pursuit as much as the eating.”

By this time, Larry was on the edge of his seat.  It was evident that he had a strong opinion and could not wait to be heard.  “I never choose “the card player,”  Larry explained that he always bumps into women who think relationships are a contest to see who will dominate.  “These women treat the relationship like a card game always trying to match what you throw out.  If you tell them, you have a Masters Degree, they’ll tell you of their PhD.  If you talk about your BMW, she’ll tell you about her new Mercedes.  No man wants to keep company with a woman who instantly responds to his success stories with a great achievement of her own or who is obviously in competition with him.”

William usually speaks last in these discussions.  He stated that for him the dating scene was still a form of entertainment.  He claimed he does not choose women who are overly passive or as he calls them, “GAGS, which stands for Go Along Girls.”

“A woman who is overly submissive usually lacks confidence and does not bring out the character in the man she’s with.  She takes the challenge and pursuit out of the relationship. When a woman tells a guy yes all the time, regardless of how she feels,  she limits his growth.  She doesn’t help him to understand compromise or sacrifice. For a guy, it’s not smart to choose a woman who never challenges you.”

It was my turn to speak.  “I don’t want someone who is always looking for me.  I like to call them “Search Parties.”  With this type of woman, her favorite phrases include, “where are you…who are you with…and when can I see you again?”  When someone is always looking for you, it’s a sign of insecurity which leads to distrust.  Some women fail to understand that a guy is going to continue to do whatever it is he was doing before he met her.  Personally, I need my space.

If a woman can’t function without you being in front of her when she deems it, something is wrong.  There is no room for personal time once you get involved with her.  “Search Parties” usually become undesirable quick because of their dependency and paranoia.”

Unknowingly, I answered my own question  I realized that this new woman and her personality felt intrusive because she always wanted to know what I was doing and with who.