Inside The World Of High-End Matchups 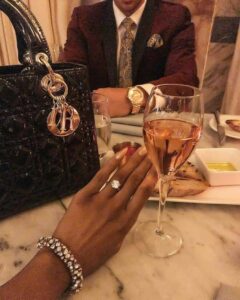 My friend was an attorney, making big bucks when she got fed up “with all the rejects” she had met online.  She decided to go the personal matchmaking route after her friend, a judge, met and married a wealthy businessman through a high-end matchmaking service.

In six months, she spent $8000.00 and met five guys who were supposedly the crème of the crop, as it related to substance and success. Unfortunately, she didn’t match with any of them.  One was successful but physically unsuitable, and one was a handsome con man looking for a victim.

With the remaining three, there was no “chemistry or mental connection.”  She was so angry with herself for spending all that money to find a mate that she ended up suing the matchmaker to get her money back.  She lost and decided after that expensive foray into the world of personal matchmakers to give the job of finding her mate to the Good Lord.

However, her experience made me curious about the many high-end matchmaking services and personal matchmakers who charge huge dollars to find mates for affluent men and women who can afford to pay.   Research shows that personal matchmakers are usually women who have parlayed their natural talent for hooking up their friends into a very profitable business. The fees for personal matchmakers run from $2000 per match to $100,000 and more.  TV’s Millionaire Matchmaker is a testament to this.

These prices are not related to actual matchups that succeed in getting married.  These prices deal with introductions only.  So, I decided to find out if affluent black singles spend big bucks to meet Mr. or Ms. Right.  The answer was Yes!  A 32-year-old female attorney who wished to remain anonymous told me how she spent over $10,000 last year with a very upscale personal matchmaker, who hooked her up with three matches.

“All the guys were professional and polished, but neither of them fit the package I was looking for.  I felt like I wasted my money, but I was in a frame of mind at that time that inspired me to explore and be more adventurous about finding Mr. Right.  I was tired of all the mismatched encounters I’d been having, so I decided to do something different.  I could afford it, so I tried it, and I don’t regret the experience. I met some interesting people.”

Carla, a corporate executive for a major company told me she spent $12,000.00 last year, to meet “an attractive man of stature and means,” but it didn’t happen.  She met two guys who ended up being two wannabees looking for a woman of means.  She was very impressed with the third guy, but the interest wasn’t mutual.  She signed up for four matches, but the fourth one never materialized.  In the end, she received a partial refund of $2000.00.

Studies show that affluent women and very rich men are more prone to pay a professional matchmaker to hook them up with that ideal person that they couldn’t meet otherwise.  These types are usually too busy and far removed from the usual pick-up dating scene.  They rely on personalized introductions, either professionally or socially and it’s usually after spending a substantial amount of time searching online.

I did a short poll among some very desirable upscale brothers to check if they could ever see themselves paying big bucks for a romantic introduction.  They all answered NO emphatically.  However, when I polled the same genre of women, they all answered YES.

What do you say?
No Comments bonita