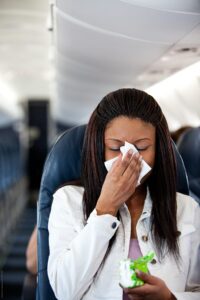 Are You On A

A close friend had been living with severe abdominal pain for months and refused to go to the doctor.  Her biggest excuse was that doctors were just out to rip you off and that they created strange diagnoses just to make the hospitals richer.  When she collapsed at work in severe pain and was rushed to the hospital, it turned out that she had gallstones and needed emergency surgery right away.

Another friend kept experiencing shooting pain in one of her breasts and attributed it to wearing the wrong kind of bra.  It turned out after her mother insisted that she visit the doctor, that she was in the early stages of breast cancer.

Studies show that African-American men and women are least likely to go to the doctor when they experience symptoms of illness than any other ethnic group.  Why?  Experts say it is mostly due to fear, ignorance, and/or lack of medical coverage.

In an effort to help educate the masses on the importance of understanding their bodies and various symptoms of illness, Being Single has committed to providing information that will encourage readers to seek better health care for themselves.  Here are some of the common ailments that go undiagnosed among African-American men and women, because they don’t always seek treatment.

Common-Sense Care   Perhaps the best advice is the simplest:  Go see a doctor, find out what you’re allergic too, and avoid the food, plants, animals, drugs, dust, or other substances that trigger an allergic reaction.  If the allergy is airborne, then you should clean living and working spaces frequently.  Wear a face mask when doing chores.  Get rid of dust, molds, and mildew.  Discard old rugs, pillows, furniture, and stuffed animals.

Depression  Feeling lonely, bored, helpless, alienated, or hopeless are among the emotions associated with depression.  When depression interferes with daily living, it can be considered a form of mental illness.  Feeling sad now and then is a normal part of life, but losing your self-esteem and interest in other people may signal depression.  The risk of depression tends to be highest during adolescence, middle age, and after retirement.

Common-Sense Care   Exercise can be a powerful antidote to depression.  Vigorous workouts can make you feel better about your appearance and may release chemicals in the body that improve your mood.  Running, brisk walking, bicycling, aerobic exercise, weight lifting, gymnastics, ballet, and other forms of dancing can be effective.  Exposure to fresh air and the sun can help a gloomy outlook.

Hepatitis  An acute or chronic disease of the liver, hepatitis develops most often from an infection that is caused by one of three viruses:  type A, B, or C.  Other causes include drug reactions, chemicals, and poisons.  Symptoms may mimic the flu, with fever, nausea, and malaise, or maybe more severe, including jaundice, which turns the skin yellow, joint pain, liver failure, and lethargy. (lack of energy)  A form of acute hepatitis known as hepatitis A, or infectious hepatitis, is associated with contaminated food and water.  It is spread mainly by fecal-oral contact.

Most of those with the B virus, which is blood-borne, are infected by contaminated blood from a transfusion, during dialysis, through sexual activity, or by intravenous drugs.  When hepatitis B develops into chronic hepatitis, cirrhosis of the liver, which impairs liver function, and liver cancer may develop.  One type of chronic hepatitis may develop from excessive alcohol consumption.  The C virus usually appears in someone who has received blood transfusions.

Common-Sense Care   If you suspect that you have hepatitis, see a physician immediately for a diagnosis.  Get plenty of rest.  Avoid drinking alcohol and exposure to toxic chemicals, which can place undue strain on the liver.

Periodontal Disease  When the gums or any other tissues that support the teeth become inflamed or damaged, periodontal disease is the probable diagnosis.  Its most common form is gingivitis, an inflammation of the gums that may cause swelling, bleeding, and bad breath.  If left untreated, gingivitis may progress to periodontitis, a disease that occurs when the bones that support the teeth erode and surrounding tissues become inflamed.  This is the main cause of tooth loss among adults over 35.

Common-Sense Care  Good dental hygiene, including removing dental plaque and food particles by brushing and flossing, is essential as a preventive measure.  A diet that lacks adequate vitamin C contributes to gum infections in some people; eating fruits and vegetables that contain this vitamin helps lower the risk.  Keep sugary food and drink to a minimum; sugar promotes the formation of dental plaque.  Avoid sticky food, especially between-meal snacks.