Before You Marry – Try This Test … 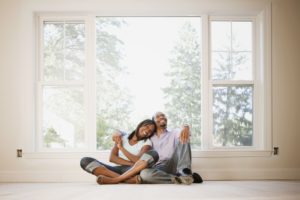 Last year this time, I was hooked on a woman I had begun to envision as my wife.  She appeared to be (at last) everything I was looking for in a love partner.  However, because I had been married before, I was super cautious about doing it again without knowing more about the person.

Therefore, I decided that before we got married, it was best that we live together first to test our compatibility.  I was in love, or so I thought, but I still needed to know more before I committed to marriage.  She agreed, though she had never been married before and was anxious to do so.  Therefore, we ended up moving into an apartment together with the intention of marrying a year later.

When we first moved into the apartment, I became somewhat disturbed on the morning of the second day because the kitchen sink was filled with dirty dishes from the night before. I rationalized that she was probably too tired to put the dishes in the dishwasher.  However, when they were still there the morning of the third day, I became disturbed and decided to talk to her when she got home from work.

Later, when we talked, she stated that she’d been too tired to do the dishes and since I was bothered, I should have put them in the dishwasher.  I didn’t like what she said, but I swallowed my irritation.  We agreed that night that if one cooked, the other would be responsible for cleaning up the kitchen afterward.

Three days later, we were at it again because she thought it ridiculous that I wanted to change the bedsheets after only four days.  Her rule was every two weeks and my rule when I lived alone was once a week, providing it was a week where I slept alone, and as often as needed when I didn’t.  When I explained my rationale, she relented with an attitude and put me in charge of changing the linen as often as I wanted.

By the end of two months, I came to the (never before recognized) conclusion that I was fastidious (her word) and she wasn’t as meticulous as I needed her to be.  I began to keep a mental diary of all the things she did that succeeded in irking me to no end.

When I pointed out to her one day as she was going out the door to work, that she had a perspiration stain on her blouse and that she might want to change it, she exploded in anger.  She accused me of being overly critical, too meticulous, and preoccupied with the wrong stuff.

Two weeks later,  I moved out with mixed feelings of joy and sadness.  I was sad because it didn’t work.  I knew I could never marry someone, who had a totally different set of values when it came to cleanliness, because of what it meant to me.  However, I was happy that I discovered this and other things that we differed greatly on before I married her.

As I reflect back on that relationship, which would have certainly ended in divorce had we married, I realize even now that it would be hard for me to marry again because of my fear of incompatibility that sometimes doesn’t appear until it’s too late.

That was my second experience of trying to blend my life with another under the same roof, and I’ve just about come to the conclusion that it’s not for me.