In Pursuit Of A Prince – Prepare For The “Frog Boys”

In Pursuit Of A Prince? 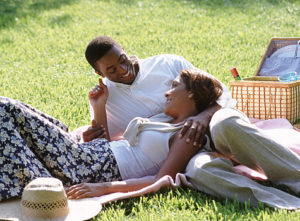 Prepare For The “Frog Boys”

In my quest to find royalty in a man, I, like many women, have had my share of frogs.  Some of whom stand out more than others.  I call them the Frog Boys.

Joe was a co-worker, who would send me lengthy abstract ramblings of love in the form of poetry and stand real close when he talked to me, but he never asked me out on a date.  George lived with a woman he didn’t “care” about, but was never available on holidays or weekends.  Hank would have me dressed and waiting and never show up.  Phil would call for intellectual exchange and flirtatious innuendo, but could never quite make up his mind to take me anywhere.  Donald couldn’t decide between me and his ex-girlfriend.

Sol was only on the prowl for new sexual encounters.  Carl believed in the male shortage so much, that he tried to get paid for his company.  Ron asked that I make a picnic lunch for two and phoned later that night (after I had sat all day waiting for him to show up, to say that he had been suddenly called out of town on business.  Bobby had a party and invited all of the women he was dating including me and then left the party with a newfound acquaintance.

However, after all of my bad encounters, I refuse to give up the search.  But I am now asking myself – “What’s wrong with being single?”  The answer is “Nothing!”  However, we live in a world full of sets, pairs, and groupings, and we have this message tape that keeps repeating itself inside our heads that tells us single people shouldn’t feel good about their state of being single.  However, I disconnected that tape as I remain in the market.  Despite my experience thus far, I’m convinced that my Prince is out there on his white horse galloping towards me, and he won’t be disguised as a frog.

Meanwhile, the numbers are huge across the country of women who feel life is passing them by as they continue the “useless wait” for The Prince of Charm & Character to appear in a suitable ride to whisk them off to the land of Happy Ever After.

I have several single female friends who resent circling the status of Single on personal information forms because they believe life is no fun without a husband.  They abhor living alone, and being alone on weekends.  They are waiting for their prince to come and make life worth living.  They see themselves as the have-nots, who are deprived of one of life’s essentials…a man of their own.