Single Sketches – In Search Of The Ideal Guy 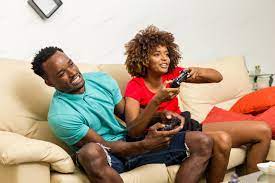 Who is the ideal guy?  There are women who have a picture of him in their minds, but for many, the ideal guy is either elusive or a fleeting fantasy.  He comes and stays awhile, but too often, she loses his attention or his presence when conversation and mental exercise are stilled by incompatibility and the hope grows dim.  The excitement begins to fade and they talk less and less.  When this happens, there is usually more emphasis on the physical because talking places emphasis on the sudden wall.  Here are voices on the subject…

Sarah married and divorced twice and has been in and out of several relationships with guys that were unfulfilling and extremely disappointing.  She says, “I’m 36 years old, and I often wonder will I ever come across a relationship where I will feel loved, trusting, and comfortable.  I’m a school teacher and I prefer men who are ambitious, exposed, and intellectually compatible.  But lately, I’ve been trying to expand my horizons by being more open to dating guys who are not necessarily on my social plane.  But that has not worked either.  I’ve found that men who come from different social strata have a tendency to be overly sensitive about our differences as it relates to taste, friends, and social pursuits.  I often wonder will I ever find someone who’s willing to accept me as is, and vice-versa.  But I refuse to give up.”

Lynn – “I used to go to parties looking to meet the man of my dreams.  But I never met anyone who was sincere about a relationship or really interested in getting to know me as a person.  I am 29, and I’ve met enough players to write a book about it.  Then I met a guy at the health club who felt like a soul mate.  We flew high together for three months, and I bragged about his attentiveness and non-elusiveness.  Then, his “girlfriend” called me one night and told me to stay away from him, and I let go without ever confronting him because I couldn’t stand the drama.”

Jill – “I’m 34, and I’ve been in two serious relationships.  But neither of the men wanted to get married, and that’s what I want more than anything else in the world.  I lived with both men, and I learned to never do that again.  But now, I’m somewhat bitter towards men and suspicious of “kind” treatment.  If I met a guy who was genuine, I probably wouldn’t believe him anyway.  I wear my scars on the outside.  But I don’t know how to hide them and I’m not sure I want to.  It’s a form of protection for me.”