Love For The Holidays – It Can Happen To You!

Love For The Holidays – It Can Happen To You! 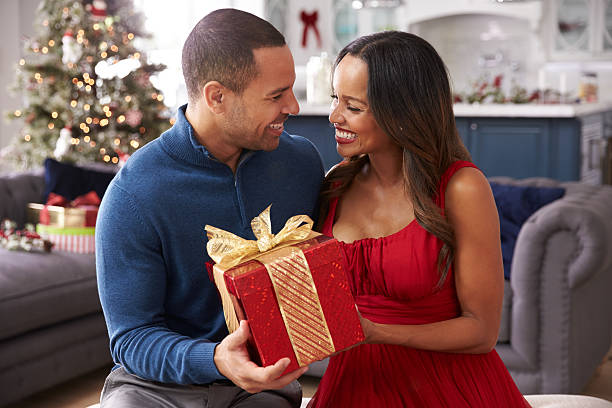 I usually begin to get nervous about the holidays on Halloween night after I give out the last piece of candy to the last batch of kids and realize that the real holidays are coming and I have no one to cozy up with…again. As has been my pattern for the last two years I get busy the next day with a new quest to find a “holiday love.”  I do this because the thought of spending the holidays alone is overwhelming, especially during the Christmas season.  There is just something about the chimes and sounds of Christmas that cause me to long for someone to enjoy the holidays with.

Therefore, I usually hop on the club scene more frequently, accept more party invitations, and dress cute to go to the supermarket.  However, this year after interviewing other singles for this article, I was inspired by their stories and the power of Fate or divine intervention, and I’m keeping hope alive even with the pandemic in full force.

Sara – “I met this guy the day before Christmas Eve last year on my way to work when we shared a taxi against my will.  I was already in the taxi when he grabbed the door and slid in, pretending not to see me.  He apologized and explained that he was late for an appointment, and offered to buy me dinner as an apology.  When I noticed how cute he was, my anger dissipated and I accepted.  We met that evening and had such a great time that we ended up talking into the wee hours of the morning.  The next day, he called and invited me over to his mother’s for dinner with the family.  I was ecstatic because my family lived in another city and I planned to spend the holidays alone.  I had a great time and on Christmas Day, we talked on the phone off and on all day. We lasted through Valentine’s Day.”

Pam: “It was a week after Thanksgiving and I was complaining that I had no boyfriend to share the holidays with to whoever would listen.  I was eating alone at a local restaurant and this tall guy was sitting alone at another table.  I found him attractive and after ten minutes of courage gathering, I decided to be bold.  I felt good about how I looked and I was fed up with waiting to be chosen.  I went over to his table and asked if he would mind watching my coat at my table while I visited the powder room.  He looked up at me as if he were dreaming and invited me to bring my coat over to his table.  When I came out of the bathroom, he asked me to join him since I was alone, and I said yes, with a fraction of hesitation, as if it were the farthest thing from my mind.  We began seeing each other and on Christmas Eve, he cooked dinner for me.  I ended up having a companion for the first time in five years for Christmas and New Year’s.”

Rachel – “I was in the local drugstore the day before Thanksgiving last year studying the cough medicines on the shelf when this gorgeous guy walked up and started making various suggestions about the best one to buy.  After taking his advice, I went on my way, and later at the checkout counter, I saw him in line. When I got to the cash register, I discovered I had no money in my wallet, after the clerk had rung up the sale.  He immediately spoke up from behind me in line and offered to pay my bill.  We walked out to our cars together and he jokingly asked for my number in exchange for taking care of my bill.  I obliged and we went out for pizza that same night and ended up spending Thanksgiving together at my parents’ house. By the time Christmas rolled around, we were a couple.”

Mari – “I was coming back from a friend’s wedding in D.C. sitting on the plane feeling sorry for myself because my last closest friend had gotten married and I was still unmarried with no prospects in sight.  It was the day before Christmas Eve and I was dreading the long flight to LA when this tall, handsome stranger sat in the seat next to me.  I introduced myself with butterflies in my stomach, and he gave me the brightest smile ever.  It turned out he was recently divorced and we ended up talking the entire flight.  When the plane landed, he promised to call, and he called that same night.  We ended up spending Christmas Eve together and New Year’s Eve together.”