“My Worst Date Ever!” 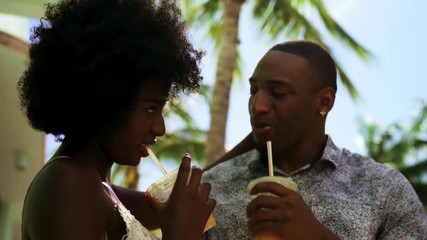 Ed. Note: Each week we get tons of interesting emails regarding the whole dating experience in response to our regular feature, The Dating Chronicles.  Here are some of the best…

G.W.  “After I finally got up the nerve to invite a handsome co-worker to accompany me to a friend’s party, he showed up at my door with another woman in the car, who turned out to be his girlfriend.  I blew up in anger and he ended up apologizing with the explanation that he didn’t realize I was asking him out on a date.  He thought I was just inviting him to a party.  Of course, I didn’t go to the party, and I was so embarrrassed that I quickly found another job.”

L.M.  “At the end of a first date with a man so fine that I pinched myself all night, I broke the cardinal rule of asking him if he thought we were a match. I had already invited him in for a drink, which he politely refused.  He mumbled a faint, “I’ll call you,” and then drove off without giving me a second look.  He had appeared suddenly distracted at dinner, but my brain was fogged by the hope that the excitement was mutual. My only regret was that I sent him a dozen of roses the next day to thank him for a “lovely evening.” and he never responded.

P.D.  “I was out to dinner one night with a guy I’d been dating over a month, and who I thought had great potential, when he suddenly looked up from the table with a deep frown and excused himself.  He never came back to the table, and after sitting there for almost an hour, I got up, paid the check and left.  When I got outside the restaurant, there he stood arguing loudly with a woman who he later claimed was an ex-girlfriend.  Needless to say, I never saw him again.  I refused to answer the phone when he called.”

K.H.  “I was out on a second date with a guy who claimed to be single.  After a wonderful dinner, we were in my car headed to a quaint romantic spot for drinks when he suddenly became ill and had an “accident” on himself.  When he fainted, I called 911, and an ambulance came and took us both to a nearby hospital.  However, all hell broke loose when a woman claiming to be his wife was the nurse on duty in the emergency room. Though he was sick, she created a scene, and chased me out of the hospital.  The evening was a nightmare and it got even worse when I returned to my car and had to clean up the “mess.”

M.M.  “After leaving a very expensive restaurant one night with a very handsome date (our first) who was very classy, he pulled up in front of a fleabag motel and demanded sex.  When I refused, he grabbed my purse, took all the money out of my wallet (over a hundred dollars) and put me out of his car in a very seedy neighborhood.  I got home by flagging down a police car. I got satisfaction by filing a police report for robbery. Later, he was arrested and I got my money back.”

A.L.  “ I once went on a blind date with a very pretty woman who called me by another man’s name all night, flirted with the waiter every time he came to the table, answered her cell phone every time it rang, and chatted with the callers as if she was alone.  She also ordered two entrées for dinner, one to eat there and one to take home to eat later. After we finished eating, I excused myself from the table and left the restaurant.  I figured if a woman orders two meals on one date, she should pay for both of them.“

Submit your unique date experiences to us at beingsinglemagazine@gmail.com  Be sure to put The Dating Chronicles in the subject line.