OOPS! Watch What You Say… 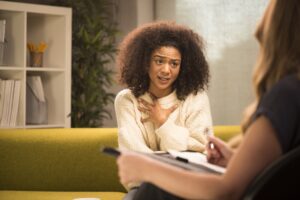 Recently, A friend confessed to me that a woman he once dated told him that he had the hands of a little boy.  Though he never saw her again, he grew to hate her and even considered doing her harm.   I think most of us know that words can be deadly weapons in the mouth of a careless user, and honeycomb on the lips of a lover.

But not enough of us have adopted the practice of using words as God intended…to uplift, inspire, and encourage.  I’ve heard several bitter accounts from singles who still suffer from the sting of “loose words” said to them in the course of anger, insensitivity or ignorance.  I know many people who haven’t spoken to someone in years because of an unkind remark that was never forgotten.

Unfortunately, words are things that can never be withdrawn and are usually grasped by the heart, whether they are good or bad. They are personal and can be held onto tightly until the end of time.  I know I can recall unkind things said to me in an instant that cut like a knife through my soul. Words have a power all their own to raise up or destroy, and since we control our tongues, it is vital that we consider the consequences and impact of what we say before we say it.

Bonita Bennett, founder, publisher  Of Being Single Magazine, and a former TV/radio personality, is the author of the books “How To Catch & Keep The Man Of Your Dreams,”  and The Coming Of Dawn.  She is also a nationally recognized life coach/relationship expert and noted motivational speaker, whose life-changing counseling techniques, classes, and innovative workshops on life skills, interpersonal relationships, conflict management, and problem-solving are well-known in her field.  Bonita Bennett is also the editor-in-chief of Being Single Magazine.   Be sure to get your copy of her two books…Meanwhile, read the excerpts from the mystery novel…The Coming Of Dawn and How To Catch & Keep The Man Of Your Dreams