Point Of View – “Nice Guys Get No Respect.” 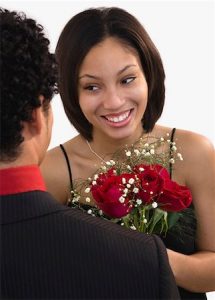 “Nice Guys Get No Respect!”

By all appearances, my cousin Hank* is the ideal image of what most women are looking for.  He’s gainfully employed, mildly affectionate, elusive, charming, and smart.  He’s also handsome, and ever since high school, women have found him to be irresistible.  In fact, he has been breaking hearts for as long as I can remember.  He is now 39 and has never married.  According to him, it’s not on his agenda.

My uncle (his father) attributes his success with women, to the challenge he represents to them.  He told me once and I’ll never forget it, “Women don’t really appreciate a man they can figure out.  They also don’t like men who try too hard to make a good impression.  For most women, a little drama, a little mystery, and a love tap every now and then, goes a long way towards keeping her where a man wants her to be, and for as long as he wants her to be there.”

However, contrary to what he says, everywhere I go, I meet single women who consistently have the same cry. “Good men are hard to find.”  Yet, I’ve found that no matter how starved these same women are for love and companionship, most pass over the guys who exemplify what they claim they dream of having in a mate.  Attentive…Affectionate…Committed…Nice.

I’ve found that these women want to be accommodated, but not to the extreme.  Consequently, when they meet a guy whose polite manners and zealousness fail to induce shivers along the spinal column, they either use him up until “the real thing” comes along or return to former lovers who gave them plenty of drama.  Being alone, some say is a lot better than being with someone who lacks that certain something that makes you want to climb all over them.  In other words, nice guys get no respect!