Confessions Of A Would-Be Lover 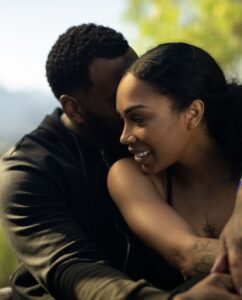 I have searched for love in all the wrong places. Last year, I functioned well as a career woman by day and a man-hunter by night.  I was fed up with long chats on the phone with gal pals who were as lonely as I was, and married women telling me to pray.  I needed a man, and not just any man, but one who came close to my ideal.  So, I searched everywhere I went and I worked hard to gain attention from the opposite sex.  It became a preoccupation that took total claim of my thoughts and my common sense.

I met one guy who was in town for the weekend, from out of state.  We wined and dined and made love on the second night.  After that, every time I talked to him on the phone was through my own initiation.  Finally, he told me bluntly that he was very busy and that he would call me the next time he was in town.  He thought I was out for fun, but I was out for love.

Most weekends were spent waiting on the phone to ring after meeting various guys at the newest club or sports bar.  Some called.  Some didn’t.  Nothing panned out.  I met another guy who treated me like a queen the first two dates and then stopped calling abruptly after I slept with him.

After that, I became attracted to this guy at work. We flirted on the phone only.  We never had a date or physical contact and it was driving me crazy.  Every time I suggested we go out, he had an excuse.  So, after I couldn’t take my loneliness any longer, I called him one night at 2:00 in the morning and invited myself over.  We became intimate and we had never been on a date.  Needless to say, there is nothing less appealing than a desperate woman, and he started using another exit at work to avoid me.

After realizing that I’d spent too many nights crying hopelessly over too many encounters that didn’t work out, I made a decision. Another New Year’s Eve alone inspired me to begin a new year with a new plan which included abstinence and self-esteem building.

It was the best decision I ever made. I feel clean now and whole, and in total control of my body and my mind.  I have peace and a commitment to self-respect that I never had before.  I highly recommend abstaining to all singles until the real thing comes along because I receive far more respect now from men than I ever did when I wasn’t abstaining.