From The Male Room – What Women Don’t Understand About Men 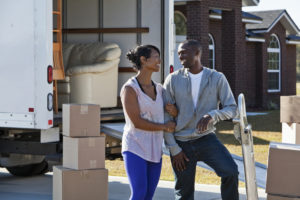 I recently dated a woman I felt had serious potential until she displayed a serious attitude when I called her a week later after a splendid evening.   She felt I was rude, inconsiderate of her feelings, etc. because I hadn’t called in the time space she had allotted as appropriate.  She accused me of being a player, and other unmentionables, because I didn’t meet her expectations.

Needless to say, I never called again, which brings me to my point.  Most single women I know chronically complain about guys not wanting to commit in relationships and here are a few of the reasons why:

However, there is another prevailing factor that can drive men the other way when the word commitment is hinted upon.  Many times the relationship has not developed to the point where the guy can decide on his own whether he wants to commit or not.  The old simple way of dating, where the guy took the time (as was expected) to court and suggest a relationship take on a serious note, is almost passe’ nowadays.  In those days, subtle pressure was applied; but nowadays it’s blatant and demanding.

In view of this, I would like to make a suggestion to all the women out there who complain about finding a good man.  Every guy you date or go out with should not be immediately targeted for serious involvement.  Give the relationship a chance to grow and work on the friend and compatibility factors first.  Black men as a whole are basically old-fashioned and we enjoy the chase.  So, please allow us to make a commitment when we feel it, not because you need it or want it.  Slow it down, and review your brand of expectations.  Are they fair, reasonable, or downright ridiculous?