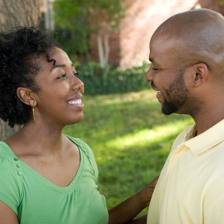 More Women Need To Know This.

Stephen- 28:  “Some women today limit themselves in their quest for happiness by their own willingness to accept anything in the way of a relationship.  Many men behave rottenly in relationships because it’s so widely accepted.   If a guy is seeing three women, there is usually one who he holds above the others, because she commands certain treatment.  She’s the one who refuses to accept disappointment after disappointment, disrespectful behavior, outlandish requests, and less than desirable activities to continue or get out of hand.  This woman reacts quickly when his act starts to get sloppy.  And she is usually the one he can’t get off his mind.  I just wish more women understood this before they label us as dogs.”

A Man Has A Right…

John- 30:  “No man should settle or attempt to be content in a relationship unless he feels the majority of his needs are being met.  As men, we are too often viewed as players because we opt more often than women, to exercise our right to seek out multiple partners in our search for relative perfection, as it relates to what we want.”

Believe It Or Not…

Chris: “The funny thing about some women is that they are far choosier than men, yet strongly resent men who use their option to be selective.  It seems the more unattractive women are the hardest to please and they usually have the least to offer.  If women had social power instead of men, they would be strongly abusive to the male ego.  I think collectively all men are seeking, among other things, two basic qualities that aid in sustaining their interest in a relationship; a woman who is mentally stimulating and has the capacity to be exciting.  Of course, excitement, like beauty, is in the eye of the beholder and the quest for these qualities can be long and hard, hence the need for a man to be in search until he is satisfied that he can rest.”

Nathan: “Too much is said about the ratio of women against men and the mental anguish suffered by women at the hand of all those spoiled, do-wrong guys.  Women complain there are not enough real men on the scene today, but that’s not true.  There are a lot of real men out there looking for real women.  The problem is that they’re considered “too nice.”  They’re the “good joes” who are looking hard for a woman to settle down with.  But they’re not fast and flash.  They don’t hang out on the scene.  They don’t drive sports cars.  They are just hard-working guys with money saved up, who gets run over by women looking for the charming brute next door.  Some of the good guys wear khaki pants instead of designer jeans and tee-shirts instead of fancy sweaters.  But they are in serious search of a good woman.  However, most of the women they meet view them as undesirable because of their failure to offer a challenge.”