Tales From The Front … 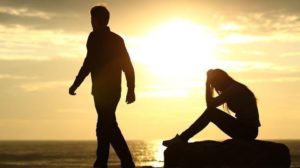 Jeanine:  “I don’t know what it is about rejection, and why we take it so personally.  My friend and I were sitting in a club one night when I spotted a fine brother heading toward us.  I prayed he would ask me to dance, but he didn’t.  He strolled straight to my friend, and I was ready to go home.  I have never felt more rejected than I did that night.”

Laila:  “I don’t care what anybody says, rejection is something that happens to you and you can’t help but take it personally.  You keep trying to figure out why you didn’t make the cut.  What is it about you that doesn’t have whatever it takes for you to get something you want.”

Geneice:  “I went on a blind date recently with a man who was absolutely everything I could want.  But it was clear after the first hour, that the feeling wasn’t mutual.  When he looked at his watch for the third time in a five-minute span, I abruptly ended the evening.  I didn’t feel rejected because I realize that I’m not everyone’s type.”

Patti: “Rejection can be devastating, and I think we often minimize the harm rejection can cause.  When my ex-husband came home with a woman on his arm and asked me to leave my home, I tried to commit suicide the next day.  I felt rejected, betrayed, and abused, and I have yet to understand the reason behind it, which means that five divorced years later, I am still plagued by the action.”

AB:  “I was scheduled to go on a blind date once with a woman who had never seen me, but unbeknownst to her, I had seen a photo of her.  When I got to her door, she opened it, took one look at me, and pretended to be her sister.  She told me that my “date” had an emergency and had to leave.  Now, that’s real rejection, and one that is still difficult to understand and/or get over.”

Laura:  “I think there’s an art to rejection and more needs to be said to educate people on how to deliver rejection.  I lost my left hand in a car accident two years ago.  Last year, I met a man in an appliance store on a cold day, and I had gloves on. We exchanged numbers and when he called he invited me out to dinner.  I wear a prosthesis and when I put both hands on the table to read the menu, the expression on his face was enough to make me leave him in the restaurant.  However, his words left a dent in my soul.  He lowered his voice with a frown on his face and asked what happened to my hand. After I told him, he said I should have told him when he called.  Needless to say, we barely got through dinner and he never called again.”