Points Of View – Social Opt-Outs – Hard For Some 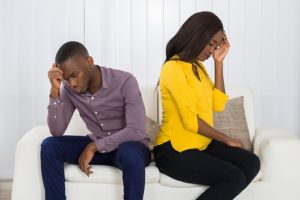 Cara J: “I wish somebody would write a book on how to tell someone amicably you no longer wish to be involved in a relationship with them and they accept it graciously. This has got to be the hardest task in the world to do. Women seem to have an easier time accepting this reality than men.  And I think this is due to the lack of tears and/or tantrums that come from men when they’re given the ax.  On the other hand, men automatically resist the confrontation, the tears, and the anger that comes from women when ending a relationship. The saddest part is that pure honesty has no place near this action because seldom does anyone really want to know the real reason why they are no longer wanted.”

Vanessa P: “I often wonder why people hang on in relationships when they know without a doubt that their partner no longer cares and has ceased to show respect.  I have two friends whose “boyfriends” treat them rudely and disrespectfully in public with other women, and they’re hanging on for dear life.  I believe the reason why there is so much pain out here in relationships, is that too many women are scared to death of being alone.  So they’ll accept ill-treatment to momentarily feel enriched in a pair of masculine arms. There are a lot of starved souls out here who are willing to compromise their dignity and self-esteem for a fleeting sense of belonging to someone.”

Jaden L: “I wish there was a way that the tell-tale signs that a relationship is over were more obvious than it apparently is.  If I used to call all the time and I stop, it simply means that I don’t feel the same way anymore.  I hate these long drawn out discussions about why I don’t seem to care anymore.  I just wish people could read the signs and show some pride and move on quietly without having to receive a legal notification that it’s no longer working.  It is draining and taxing on the person who has changed his/her mind in the relationship to try to answer why.  Sometimes, it can’t be put into words.”