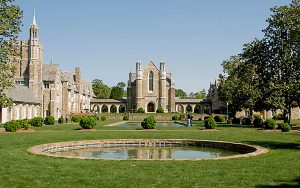 While all many universities across the country claim that safety is a priority, the steady rise in reported rapes tells a different story that raises red flags as well as questions.  Why are reported rates rising? How are we going to fix it? These are the questions that we need to address and bring to the table for discussion. Sexual assault and rape have always been issues that are swept under the rug rather than confronted – especially at universities.

High and increasing rates of rape on-campus could possibly lead to lower rates of incoming freshmen and other enrollment issues. Illinois does not stand alone when it comes to rising rape reports. Universities all over the country are seeing a steady incline in the percentage of reported rape – but they sure won’t mention it at orientation. The logical first step to lowering the soaring number of rape reports, is to shed light on the problem.

Universities claiming that campuses are safe despite the numbers will only worsen the matter. Brushing rape and sexual assault under the rug may have worked before, but now that victims and students are finding their voices – ignoring this issue is no longer an option. High rape rates being the norm is not okay.  Victims being ignored is not okay.  Not admitting there is a problem is not okay. It is time for universities to face the facts about rape on-campus and take action before more students become victims.