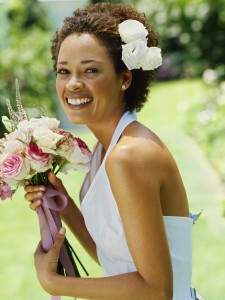 Some years ago, a runaway bride from Georgia got her fifteen minutes of fame because she did something that is almost unheard of regarding prospective brides.  She got cold feet at the altar and ran off leaving the groom looking totally puzzled.  It was such a unique occurrence that it made headlines around the world.  But this act is not nearly as phenomenal as one might think.  We found three women, who also went rogue and did a no-show at the altar leaving the prospective groom perplexed.  Here are their stories:

Jane – 28, never married.  ”I began to get nervous the day before the wedding when my two married sisters started teasing me about my shopping habits, and my tendency to want to go off by myself.  They warned me (playfully) that all of that “nonsense” would have to stop.  When they left, I suddenly felt somewhat bewildered about getting married and my reason for it.  In two hours, with the assistance of a couple of glasses of wine, I figured out that though I really liked my husband to be, and loved him as a person, I was marrying for the wrong reasons.

“All my friends were married, and I was the last of the bunch.  I felt isolated as if I were in a class by myself.  I realized I wanted to get married so that I wouldn’t feel left out anymore.  I also realized that marriage was a great compromise of my freedom, and I wasn’t ready to give that up.  On the morning of the wedding, I couldn’t tell my fiancé I had changed my mind.  So, I asked my best friend to call him and tell him for me.  He canceled the wedding ceremony and I spent the whole weekend shopping. When I finally spoke to him, two days later, he was angry, but he eventually forgave me.”

Gloria, 33, never married.  “I changed my mind on the way into the church when I saw an ex-boyfriend entering the church.  I realized by the way my stomach jumped that I still loved him, and only him.  I felt so guilty I couldn’t get out of the limousine.  All I could do was sit there and cry.  Everyone tried to talk to me…my family, my pastor, and my friends, but I wouldn’t budge.  All I could think about was how unfair it was to marry and I still loved someone else.  I kept hearing my mother’s words over and over again.  “You cannot exist in marriage without love as a basis.”  I ended up apologizing to my fiancé and going back home.  A week later, I made the decision to go ahead and marry him in hopes that I could grow to love him.  We eloped and two years later we were divorced because the marriage didn’t make me happy because my heart was there.”

Carla, 31, never married.  “I changed my mind on the eve of my wedding, because I suddenly became very frightened about the whole aspect of giving up my freedom.  Though I loved my husband, I really enjoyed being single, and not having to answer to anyone.  This thought was triggered by the actions of one of my bridesmaids when her husband called while we were talking, and he ordered her to come home.  When I chided her about her willingness to obey the “order,” she told me teasingly that a woman is supposed to follow her man and that I’d better get accustomed to that.

“When she left, I realized that I really wasn’t ready to follow anybody, but I felt chagrined about canceling the wedding.  My parents had spent a ton of money, and I had eight bridesmaids, who had purchased their own dresses.  But in the end, I knew I had to make the best decision for me.  I called my fiancé that night, to tell him I wasn’t ready, and we talked for over three hours with him trying to convince me to go through with the wedding.  But I refused, and my mother was very upset.  It’s been a year now, and I know I made the right decision.  My fiancé and I are still together, and I’m still wearing his ring, and when I’m ready, we’ll go to City Hall.”