Single Parenting – Is Your Child At Risk? 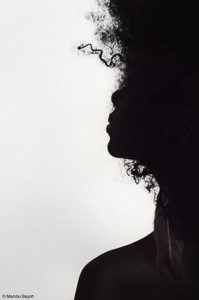 Is Your Child At Risk?

A childhood friend desperate for “love” and any kind of attention moved a guy into her home, where she lived with her two teenage daughters.  He had a police record, which she knew about it, but she was too bedazzled by her need for a man to care about his past.

Unfortunately, the guy ended up raping both her daughters and when she found out about it, she shot him dead in her living room, while he lay asleep on her couch.  She is currently in jail awaiting trial for his murder.

In the last few years, I’ve heard of over a dozen cases where single women with underage children moved their boyfriends into their homes with tragic circumstances.

While doing research for this article, I interviewed two sexually abused women who wanted to remain anonymous.  They had been abused as children by more than one of their mother’s boyfriends. One woman told how her mother ended up marrying the guy after he raped her fourteen-year-old daughter.

When she told her mother about what he had done to her, she accused her of being jealous and spiteful.  This thirty-three-year-old woman broke down in tears when she recounted how this man raped her again two days after he moved in as her stepfather.  She moved out at the age of fifteen and has not spoken to her mother since.

The other woman recounted how her mother’s boyfriend would use a key her mother gave him and come into the apartment when her mother wasn’t home.  He would force her to perform oral sex acts, and threaten to kill her if she told her mother.  She was twelve at the time, and she didn’t tell her mother until she was eighteen.  Her mother ended the relationship by changing the locks on her door.

As a single parent, I get so angry when I think about all the young girls who are being abused somewhere at this moment, by some guy whom their single mothers have allowed to come into their lives, out of loneliness and need.

My mother, who was a single parent, didn’t remarry or allow men to stay over when she was raising my sister and me, because she understood the sick temptation that too many men give in to.  When she remarried, we were both grown and gone.  She used to always say, “I ain’t bringing no man in over my girls.”  It was a strong principle that she stood on and never wavered from, and my sister and I will always be eternally grateful.

It’s important that more women realize and be concerned about the emotional scars their “romantic decisions” can have on their children.