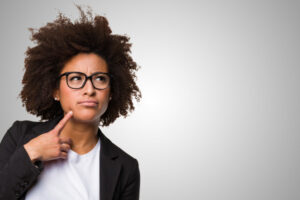 Unforgiveness: Jamela- “When my husband left me for another woman, I was crying on the phone to my best friend, who told me to I had driven my husband away because I had gained so much weight.  I was shocked and have refused to talk to her since.  Her words caused me more pain than my husband’s departure.  When I heard a year later that she had been dumped by her fiancé, who told her he was marrying an ex-girlfriend, I sent her a card which read, ‘No better for ya!’  I have never forgiven her and I never will.”

Uncensored: Lisa- “I once told a co-worker whom I disliked intensely that her boyfriend, who she bragged about constantly was seeing a woman in another department.  She was so hurt by what I told her that she tried to run over the woman unsuccessfully and ended up spending the night in jail.  I have restrained my tongue since that day.”

Ingratitude: Mel- “I once took a woman on a first date for an expensive dinner and a helicopter ride, (which is extremely expensive) and when I walked her to her door, I expected an invitation to come inside for a drink. But, she pecked me on the cheek, said goodnight, and closed the door before I could open my mouth.  Some of these sisters out here are truly clueless when it comes to how to respond graciously to a brother’s efforts.  There should be a class somewhere that teaches date protocol to some women before they go out on an expensive date.”

Regrets: Barb- “I moved way too fast when I met a guy a couple of years ago, and let him move in with me after two months because I was lonely. I was tired of being alone, and this sort of poor judgment can have such devastating effects.  In my case, this man disappeared one day and moved out everything in my entire apartment while I was at work.”

Fallouts: John-“Three years ago, I met a woman at a wedding reception, who was visiting from out of state and we didn’t leave each other’s side for three days. Two weeks later, I let her move in with me and my brother.  One day I came home from work early and caught her in the bed with him.”