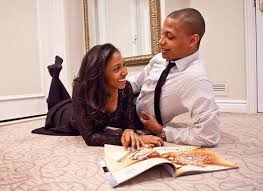 Malia:  “I met and married a man after only knowing him for three weeks and that was four years ago and I have never been happier.”

Carmela:  “My cousin met a man and married him after four weeks against everyone’s advice, and he left a month later without a word.  Unfortunately, she still sits in the window looking for him.”

Alicia:  “Last year, my wayward husband begged for a divorce to marry another woman, but I refused because I didn’t want him to be free to have happiness without me.  But I released him after I came to realize that I was imprisoning myself in a state of hell by holding on.”

Heather:  “Since I began abstaining from sex two years ago, I’ve had two types of experiences.  The one where as soon as a romantic interest found out I was serious about holding out for marriage, he ran like his pants were on fire…and the one where the guy is determined to make me break my principle, and ends up getting angry when I don’t.  But my latest experience is the most notable one.  I had a man pretend to propose marriage just to bed me, and when I refused, he unleashed a verbal attack that should have gotten him arrested.”

Chrissa:  “I met a man who fell in love with me, and honored my vow of abstinence.  He waited until we were married thirteen months after meeting.  During that time, I discovered the beauty of being with a man and not worrying about who else he may be sleeping with, while at the same time experiencing true love on a higher plane that took intimacy to an inconceivable level. “

Sharice: “I had a good male friend who had been my buddy for years, until one night when I was crying as usual on his shoulder about a relationship gone bad, our relationship moved to another level.  We got caught up in the moment and became intimate, and it changed our relationship for the worse.  He became so uncomfortable, he began avoiding me.  I consider it to be the biggest mistake I ever made.

Natalie: “The best thing that ever happened to me was to fall in love with my best friend.  We’d been friends since high school,  One night, my car broke down in the rain, and I couldn’t reach my boyfriend to come and help me, so I called him.  When he showed up and told me that he had taken his date home to come to help me, I knew he loved me, and I began to see him in a different light.  Six months later, we were engaged.”