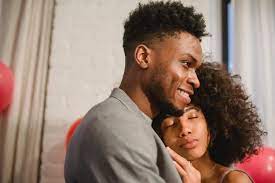 Leah– “Two years ago, I met him one night when I was stranded with a flat tire on a busy highway with no spare tire. He came along to help and went and bought me a brand new tire.  He put it on and wouldn’t let me pay him.  I’ve been with him ever since.  I’m just waiting on him to propose.”

Melia – “I followed him down to Texas because he said his job had transferred him there. I believed he loved me and that he would be pleased that I cared enough to not let distance separate us.  But when I traveled down there to surprise him, I found out that he moved there to marry another woman.”

Charli – “When I met her, she told me, she was seeing someone, and she didn’t believe in dating more than one person at a time.  Two weeks later, she called me and told me that she was now available because she had broken up with the other dude.  I told her that I was sorry to hear that, but I was now seeing someone and I wished her the best.  I know crazy when I hear it, and I wasn’t about to go nowhere near her again.”

Todd – “A friend called me at 3 a.m. to tell me my girlfriend, who is a registered nurse, had just gotten arrested for being in a fight with another woman in a bar. I turned over and went back to sleep.  I’m glad I did because I later found out that the fight was over a guy and while they were pulling each other’s wig off in the street, he drove away with another woman.”

Beth – “I went to a play with a really good-looking guy, to whom I was attracted and I assumed the feeling was mutual since he invited me out.  When the play ended, he drove to the nearest mall because he said he needed to pick up something.  When he returned to the car, he handed me a box of perfume and thanked me for a lovely evening.  I haven’t heard from him since and I’m wondering if it has anything to do with my scent.”

Chloe – “I was very interested in him and his conversation until I noticed that his fingernails were longer than mine. I cut him short and excused myself.  I wonder do some guys even know that their nails are not supposed to extend past the tip of the fingers.”

Helena – “I decided to marry her because out of all the women I was dating, she was the only one who had a savings account.”

Shayla – “After four years of dating, he asked me to marry him on a Tuesday. We flew to Vegas on Saturday and got married.  On Monday evening, on the flight home, he asked for an annulment because he said he realized that he had made a mistake.  I slapped him so hard, I broke my finger.”

Shavon – “I fell in love with him on our first date when he came to pick me up and I told him I couldn’t go because my mom had just shown up unexpectedly from out of town. He insisted on taking me and my mother out to dinner, and she had more fun than me.”