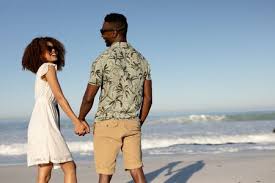 When Tonya’s longtime boyfriend finally proposed to her, he came to the hospital where she worked and arranged to do so over the paging system. She fell to her knees in a patient’s room in a flood of tears.

Tracy’s boyfriend, who was a prominent attorney chartered a private jet and flew them from Los Angeles to beautiful Sausalito for dinner on the river. On the way back, he presented her with a beautiful diamond engagement ring and the keys to a new home he’d purchased for her and her two children.

After he canceled another date with her, Toni gave into her suspicions one night and followed her boyfriend’s car from a club. When he pulled in front of a strange house and went inside, she parked and waited for him to come out.  She suspected he was visiting another woman, and she planned to confront him when he came out.  Unfortunately, he was in there so long that she fell asleep and when she woke up, he was tapping on her window holding the hand of another woman, and waving goodbye.

Suzanne went to a party with a first date, who told her after two hours of intermittent disappearing that he had to leave to take a sick friend home and he would be back. She sat there waiting for him long after the party ended, but he never came back, and she finally called a cab and went home.  He never called to explain what happened and she never called to ask.

Two weeks after moving in together, Merle’s boyfriend moved out leaving a note on the refrigerator claiming he had made a mistake because he still loved an ex-girlfriend.

Cathy stood in the lobby of City Hall all day waiting for her longtime boyfriend so they could be married, but he never showed up. That night, she received a text from him stating he changed his mind, and that he was sorry.  She didn’t respond to the text, but she drove to his house and shot out all the tires on his car.