The Single Life – An Annual Report 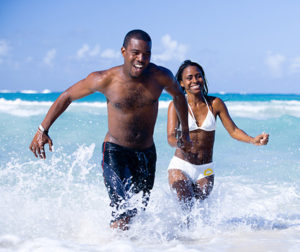 More and more single women across the country are vacating those chic apartment high rises for single-family dwellings.

Singles across the country are getting married more than ever, and they are still waiting in line in Las Vegas to do so.

There is not one night club frequented by blacks in any major city in the U.S., that is designated label-wise for singles, though most bars/clubs who have their doors open are primarily in business to be a social catalyst for people to meet and hook up.

51% of singles between the ages of 27-50 don’t have a date on a Saturday night.  This figure includes men and women.

6% of men think when a woman wears an ankle bracelet, it indicates she’s available.

In Chicago, the club/party scene for blacks during the week is almost deserted when compared to Atlanta and New York.

Black single men travel less than any other ethnic group.

13% of all new brides met their husbands at a wedding.

Singles making a love match in local supermarkets is on the rise.

Women care more about having a date on Valentine’s Day than men do.  However,  both men and women across the board can bear to spend any holiday alone except New Year’s Eve.

28% of the men married before, said they would never marry again.

51% of the women said they would not marry a man who made less money.

47% of the men admitted to dating multiple at one time.

10%  knew someone who had been stood up at the altar.

13% of the women surveyed said they have participated knowingly in a polygamous relationship with other women.

88% of the men said they would not participate in a triangle relationship with another man.

15% of the women had threatened another woman about their man.

37% of the women had children and had never been married.

26% of the women married before, did not go on a honeymoon after their wedding.

69% felt that color still made a difference in being chosen, in the black community.

52% of the women surveyed felt that a man should assist a woman financially if they’re involved in a serious relationship.

42% believe that most women are sharing their mates with at least one other woman.

41% of the men surveyed preferred living with a woman before marriage.