Single Women Who Made History – IV 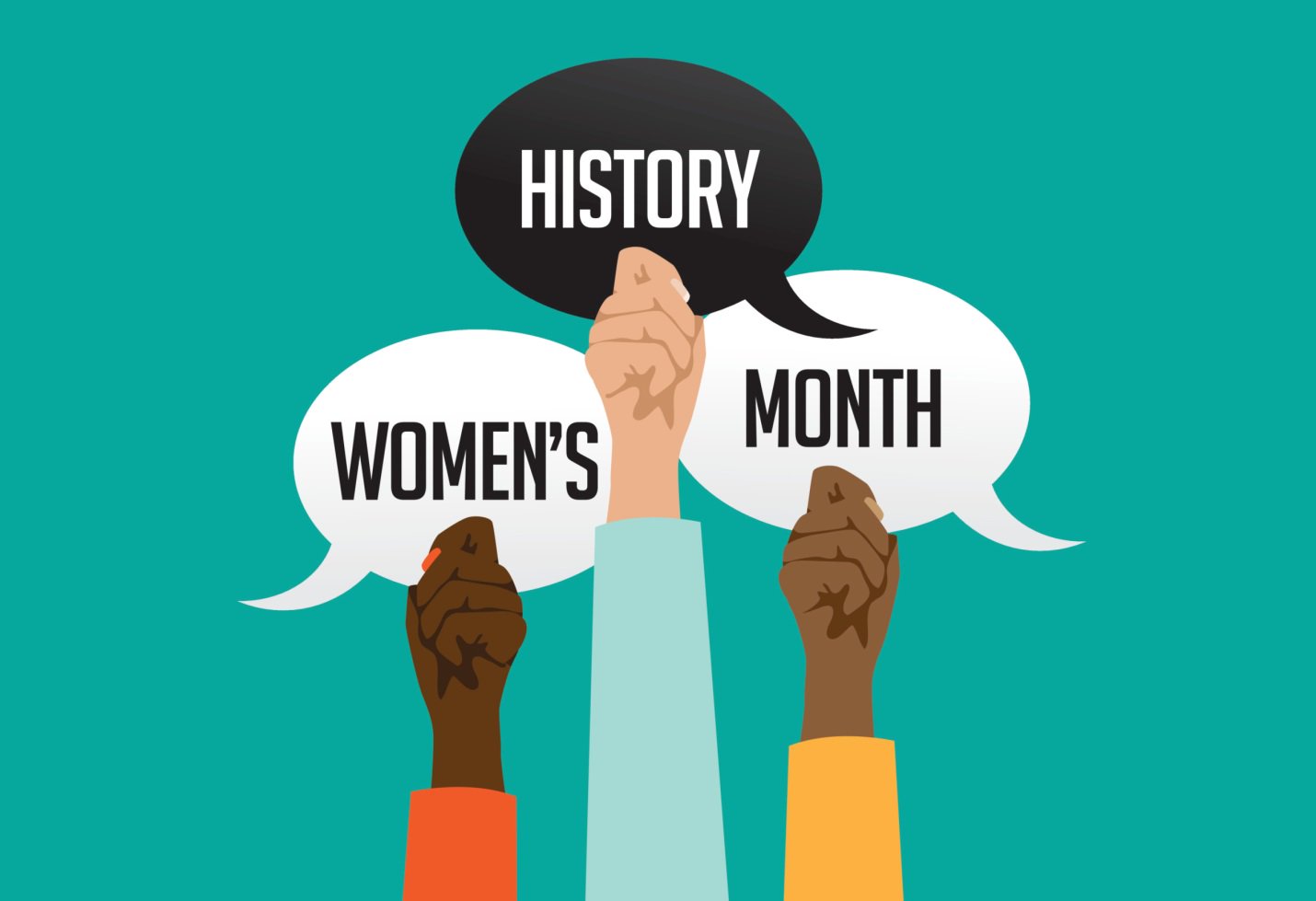 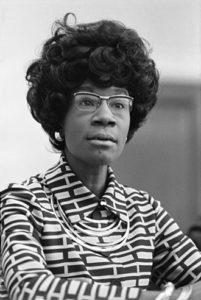 Shirley Chisholm (1924-2005) was a politician, educator, and author. In 1968, she became the first black woman elected to the United States Congress, and she represented New York’s 12th Congressional district for seven terms from 1969 to 1983.   In the 1972 United States presidential election, she became the first black candidate for a major party’s nomination for President of the United States. She was also the first woman to run for the Democratic Party’s presidential nomination, as well as the first woman to appear in a United States presidential debate.  Chisholm is credited for, after being assigned to the House Agricultural Committee in Congress, the work she did to help expand the nation’s food stamp program to help feed the nation’s poor and hungry. Chisholm joined the Congressional Black Caucus in 1971 as one of its founding members and the first woman to be a part of the group. 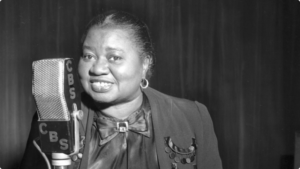 of stage and screen, and a professional singer-songwriter, and comedian. She is best known for her role as “Mammy” in Gone with the Wind (1939), for which she won the Academy Award for Best Supporting Actress.  She became the first person of color to win an Oscar. She was also the first black woman to sing on radio in the United States.  McDaniel has two stars on the Hollywood Walk of Fame in Hollywood.  In 2006, she became the first black Oscar winner honored with a US postage stamp. Despite her celebrity, McDaniel bore the harsh brunt of racism. When the movie Gone With The Wind premiered in Atlanta in 1939, studio head David O. Selznick asked that McDaniel be permitted to attend, but MGM advised him not to, because of Georgia’s segregation laws. Clark Gable threatened to boycott the Atlanta premiere unless McDaniel was allowed to attend, but McDaniel convinced him to attend anyway.  While Jim Crow laws kept McDaniel from the Atlanta premiere, she did attend the film’s Hollywood debut on December 28, 1939. Upon Selznick’s insistence, her picture was also featured prominently in the program. 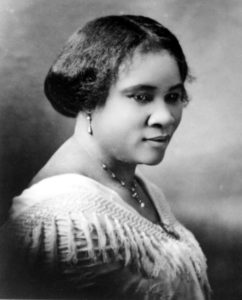 Madam C. J. Walker (born Sarah Breedlove (1867- 1919) was an American entrepreneur, philanthropist, political and social activist. She is recorded as the first female self-made millionaire in America in the Guinness Book of World Records.  Walker made her fortune by developing and marketing a line of cosmetics and hair care products for black women through the business she founded, The Madam C. J. Walker Manufacturing Company. She became known also for her philanthropy and activism. She made financial donations to numerous organizations and became a patron of the arts. Villa Lewaro, Walker’s lavish estate in Irvington, New York, that she had built from the ground by a noted Black architect, served as a social gathering place for the African-American community. At the time of her death, she was considered the wealthiest African-American businesswoman and wealthiest self-made Black woman in America. In 1998, the U.S. Postal Service issued a Madam Walker commemorative stamp as part of its Black Heritage. 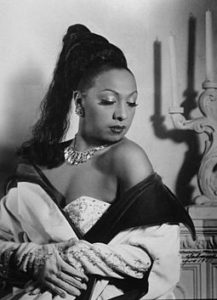 McDonald (1906-1975) was an American-born French entertainer, French Resistance agent during World War II, and civil rights activist. Her career was centered primarily in Europe, mostly in her adopted France. Baker was the first African-American to star in a major motion picture, the 1927 silent film Siren of the Tropics. During her early career Baker was renowned as a dancer, and was among the most celebrated performers to headline the revues of the Folies Bergère in Paris  Baker was celebrated widely by artists and intellectuals of the era, Baker was well-known for refusing to perform for segregated audiences in the United States and is noted for her contributions to the Civil Rights Movement.  In 1963, she spoke at the March on Washington at the side of Rev. Martin Luther King, Jr., as the only woman to speak in an official capacity. She was also the first and only American-born woman to receive full French military honors at her funeral,