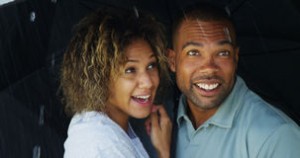 Mia:  “After a horrible argument and a sleepless night of tossing and turning, my boyfriend of three years called me at 3:00 am, and begged my forgiveness and finally asked me to be his wife. We flew to Vegas that weekend and got married.”

Avery: “I had been daydreaming about this guy at work, but he never seemed to notice me. Then one day I accidentally bumped into him and after a stream of apologetic language, he asked my name and asked me out.  We have been dating ever since.”

Zorai:  “I had been secretly in love with my boss since I’d first laid eyes on him, but he was strictly business. He never looked at me during the course of the day.  Then one day, I flew to Paris with him on a business trip.  I was so excited I almost missed the plane.  It was my first time going out of the country and flying first class, but the best part came when he leaned over and asked if I believed in love at first sight.  He confessed that he had been fighting his feelings for me for too long and that he had finally lost the battle.  We got engaged three months later.”

Lisa:  “I answered the doorbell on the morning of my birthday and a tuxedoed messenger presented me with a silver tray with a fancy envelope lying alone in the center. When I opened it, I found a single invitation engraved in silver (my favorite color), which invited me to my own wedding.  It was my boyfriend’s unique way of proposing and I screamed in joy for over an hour.

What about you?   If you have an unforgettable moment…send it to us @ beingsinglemagazine@gmail.com