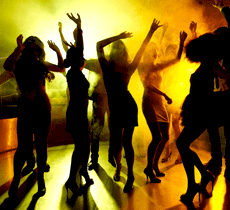 Q.  My best friend and I were at a party together recently admiring the same handsome guy from across the room.  However, when the guy came over and began talking to me, my friend left me stranded at the party, without money or a ride home. (I had accidentally left my purse at  home.) She also didn’t answer her phone for two days.  When I finally reached her, she responded in an angry tirade.  The next day she called to apologize, admitted she was jealous of the attention, and begged for forgiveness. My problem is that I’m no longer interested in being her friend because I resent her behavior. Do you think I’m over-reacting?  What would you do?

A.  No, I don’t. I would accept her apology, wish her well, and change her status from best friend to former best friend…if it were me.  Her behavior spoke volumes about her lack of character.

Q.  I’m getting ready to get married and I want to wear white, but because I’ve been married twice before, everyone’s saying I should wear another color, especially since I have children. What do you say?  I believe a bride’s gown color should be strictly her prerogative, but my mother thinks I’m being ridiculous.

A.  You should wear whatever color you wish to wear. Whose wedding is it?  Popular opinion has no place here, only yours.

Q.  I accidentally overheard my boyfriend whisper to his mother on the phone on Labor Day that I wasn’t the type he’d bring home to meet her. I’ve been angry ever since, but I haven’t told him I heard him.  Do you think I should?  I know he’s going to deny he said it, but I can’t continue in the relationship pretending I didn’t hear him.

A.  I think you should sever your ties with him, and seek the company of a man who may view you in a better light.