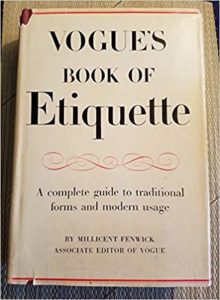 Q.  Is it ever appropriate for a friend to slow dance with your boyfriend?  At a recent birthday party, my best friend asked my boyfriend to dance, and he accepted.  I was outdone because it was a slow tune, and she threw her arms around his neck as if I wasn’t there. It really bothered me that he didn’t remove her arms.  Therefore, as far as I’m concerned, they were both disrespectful. When I mentioned it to him, he brushed it off as nothing and accused me of being jealous.  I need your opinion, which one should I dump… him or her?

A.  Both.  Each one was out of order.  She was flagrantly flirting and very disrespectful and his lack of action and his response were inappropriate and says much about the level of esteem he holds you in.

Q.  I’ve been admiring this guy at work for over a year and I finally got up the nerve to ask him out for drinks. I want to know what’s the protocol?  Should I buy all the drinks without expecting any participation on his part…or is there a set amount I should spend and then the rest is up to him?

A.  Since you did the inviting, you should pay for the first round and hopefully he will pay for the second. If he doesn’t offer and/or insist, it would indicate he’s not a gentleman, and shouldn’t be asked out again for sure.