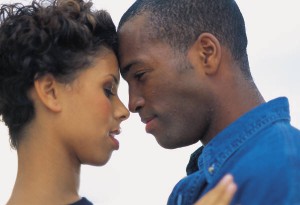 Q.  A close friend has been crazy in love for the past four months with a guy she talks about constantly.  She had never mentioned his full name and I didn’t ask.  Therefore, when she brought him to my birthday party recently, I was shocked to see that he was the same guy I dated four years ago.  Unfortunately, he was an experience I would never forget.  He had a split personality, where he could be charming and sweet one minute and violent the next.  The problem is, I don’t know if I should tell my friend about my former affiliation with him and his quirky personality.  I don’t think it’ll make a difference and it may affect our friendship.  When we were introduced, we both pretended we didn’t know each other.  What would you do?

A.  I would tell her and put it out on the table as being authentic, so as not to appear deceitful. I think she would want to know, and it’s up to her what she does with the information. She might not want to follow in your footsteps romantically speaking, or she may not care.  However, I would forego mentioning his personality quirks, unless she pressed.  He could be a changed man.

Q.  For the last two years, I’ve had a serious attraction to the Vice President of the company I work for, and for that same amount of time, he has passed by me like I was a piece of furniture. Last month, at an office party, after consuming three glasses of wine, I got up enough courage to express my admiration.  He looked at me indulgently without saying a word, walked away, and has avoided me ever since.  It’s obvious he’s not interested in me, but I’m so embarrassed, I’m thinking about quitting.  What do you think I should do?

A.  The best thing to do is to be a grown-up about this. You stood at bat…you swung at the ball…but you missed it.  You missed that ball, but that doesn’t mean you’ll never swing again.  Count it an experience and chalk it up as a loss.  Don’t quit your job.  Take his lead and act like it never happened.