Single Scenarios – Just How Connected Are You? 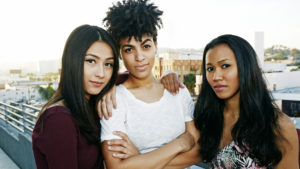 There are millions of singles in this country who live alone, and many have no close ties to their neighbors or their families.  Some live in a vacuum with little or no personal connection to others.  Studies show that out of those with close friendship ties, only 25% of their friends know who to contact for them in case of an emergency.  Are you one of them?

In my own situation, I came to realize that I didn’t know any of my neighbor’s phone numbers, and none of my friends knew how to reach my family in case of emergency.  (I do well if I talk to my family once a week.)

I also realized that it is important to establish patterns with people, so that if something happens and you need help, your pattern of behavior will alert others that something is wrong.

Cases In Point:  Some years ago when a woman who lived alone was attacked and left for dead by an ex-boyfriend, (he cut the screen out of a bedroom window left open and entered her home undetected, while she was asleep.) she was found bleeding on the floor from several stab wounds by her neighbor. Her neighbor had noticed her car had a flat tire and tried to reach her. When she didn’t answer the phone or the door, her neighbor used a key she’d been given for an emergency and found her.

A friend’s brother was in the morgue for over two weeks because he didn’t have any ICE (in case of emergency) contact on him when he dropped dead while jogging.

Therefore, if you live alone,  it is vitally important that:

A few years ago in the building where I live, it was discovered that my neighbor who lived across the hall, had been dead over a week in his apartment.  The police had been called because of the odor, but none of the man’s family had missed him, because he was a loner.  Don’t be a loner.  Share your important information with someone.  You never know when they might need it to help you.