Story Of The Week – The Path To Loneliness 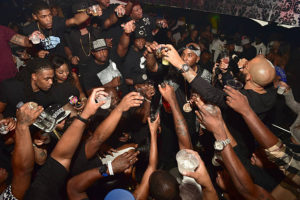 The Path To Loneliness

Several months ago, I attended a birthday party for a cousin, who had never been a favorite of mine, because she wasn’t easy to love.  Unfortunately, only four people showed up and they were all family.  My three sisters and I watched, as my cousin attempted to make excuses for the no-shows while we twiddled the night away waiting on the doorbell to ring.

My cousin was embarrassed and kept making excuses for those who hadn’t shown up.  On the way home, my sisters and I discussed it and came to the conclusion that she didn’t have any friends outside her family. This point was further proven when she became ill several weeks later, and no one came to visit her at the hospital other than her family.  The day I brought her home, she was very melancholy, as she spoke about being single, living alone, and the realization that she didn’t have any friends and the awakening experience she had in the hospital.

She talked about the competitiveness of women, and the pettiness that usually accompanied the relationship.  She stated that all she ever wanted was a good man in her corner, and how she never needed female friends. After observing the patient in the room with her at the hospital, her whole perspective about the value of true friendship was changed, and she was now ready to learn how to be a different person.

The woman was single, had no children, and no family in the state, but had a load of friends who filled her room from the moment visiting hours began until they ended.  They brought flowers, plants, homemade cookies, and all of her favorite treats while my cousin sat in the opposite bed and envied the sight before her.

As we sat and talked for over an hour, she confessed that she gave herself a birthday party because she was lonely, and she considered it a way to reach out to co-workers and acquaintances in a way she hadn’t done before.  She also admitted to crying herself to sleep that night and feeling totally rejected.  She vowed to start a new journey of reaching out for others in search of friendship,  but first she knew she needed to learn how to be a friend.

The next day, I sent her a copy of an article I’d read on friendship.  She said it really changed her thinking, which was evident in her new attitude.  I was convinced when she sent me a dozen of long-stemmed roses and a beautiful thank you card.   I guess she wanted to begin with me.