Story Of The Week – The Invitation 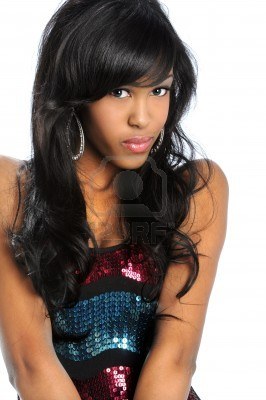 It had been a long time since I’d had a date on a Saturday night, and I was scrambling to get dressed.  I was nervous and pinching myself the whole time because I was going out with a very prominent attorney, who also happened to be gorgeous.  He had invited me to The Ball, which was one of the most popular black-tie affairs in my city.

We’d met at the wedding of a mutual friend, and I had been calling every girlfriend I had with the good news.  Though I was excited and floating through the air, I could feel bubbles of apprehension creeping through the fog.  I worried if he would like me enough to want to see me again or if he’d think I was sophisticated enough.  I had one hour before he was to pick me up.  I called my sister for some of her sage advice.  She had already lectured me on being “mysterious, but congenial.”

“Girlfriend, let me help you,”…she said with the tone of an experienced dater.  “Ol boy is used to pretty women.  You ain’t the first!  But what he isn’t accustomed to, is a woman who’s not all over him, looking starry-eyed and ready to do whatever it takes to inspire another phone call.  Remember, you shouldn’t be concerned about whether or not you’re good enough to be with him.  You should be concerned about whether he’s good enough to be with you.  Don’t forget what you have to offer!  Your attitude should be full of confidence and worthiness.  You shouldn’t be concerned about being sized up to see if you rank.  Remember, you’re the inspector!  Relax, and try not to show that you’ve been dateless for the last five months!”

I realized I was special and I would not lose sight of this pertinent fact during the course of the evening.  After all, this was not my first date with a high profile guy.  I had gone out once before with a noted law professor, who ended up having less experience than I had with dating.  (He was recently divorced.)  He had no sense of humor and he rattled on and on about how the law is on the side of the woman.  I never went out with him again because I didn’t enjoy his company.

Therefore, after reviewing my memory bank and convinced of my own appeal, I was up to the challenge.  I took one satisfied look in the mirror, sat down in the chair next to the window, and waited.

However, when a limousine pulled up, I lost it again.  When he called me on the phone and announced his arrival, I had him wait another fifteen minutes while I re-styled my hair.  But when I got outside, he was gone.  I was dumbfounded, as I slowly walked back to my apartment.  He called a half-hour later and said he hated waiting, but if I wished, I could grab a cab and meet him at the event.  I apologized, but graciously declined and hung up the phone.  By that time, I was in my pajamas and no longer excited or interested.  I also realized that I wasn’t that desperate to be with somebody.

When he called the next day and offered to take me to dinner as a form of an apology, I knew I had made the right decision.  I promised to be ready when he got there.