From The Male Room: The 10 Women We Avoid The Most 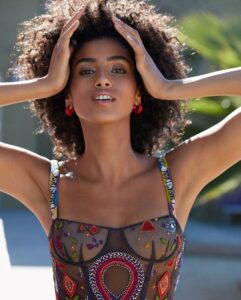 From The Male Room:

Beautiful –  But … Believe it or not, guys have a harder time meeting a true woman of substance than the masses would believe.   Therefore, on behalf of my fellow searchers and other meandering brothers, here are the 10 types of women I think most guys run from as soon as we spot an open door.

Demanding Donna – is usually very attractive, but very intense.  From the first date, she expects your feelings and gestures to follow her lead, while she questions every move that does not involve her. She demands all of your time and attention be geared towards her, and she is never satisfied.

Clinging Carol – becomes fastened to your shirtsleeve after the first date.  You cannot and shall not move without her, if she has her way.  She has the tracking skills of a bloodhound.  She calls morning, noon and night to make sure you don’t forget her, and she can find you anywhere you go on the planet. 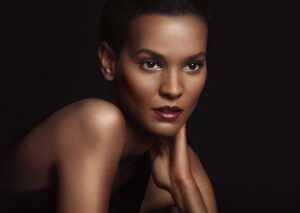 She is usually book smart, but afraid of the silence.  She acts like when you’re not talking to her, you’re thinking about another woman.  Her constant rattle of non-essential dialogue can have you walking backward at the end of the night, and feeling relieved when the door closes behind her.  If you hesitate in conversation, she’ll finish your sentence and make you feel like an idiot.

Awkward Ava – is clumsy in manner, and fumbles her way through your time together.  She is very self-conscious and it shows.  She is unsure of herself and it’s obvious that she wonders what you see in her.  She spends the entire evening asking for permission and apologizing for being herself.

Jenny The Jokester – Jenny tells jokes all night and says things to be intentionally funny.  She views her sense of humor as her greatest asset.  She shies away from a serious dialogue that could require an intellectual exchange, and she enjoys being the center of attention when others are around.  When she leaves, your face usually hurts from faking so many smiles.

Wendy The Whiner – is a complainer who doesn’t like anything that’s outside her frame of reference.  She’s usually very attractive, but after too many dates filled with “I don’t like this” or “I don’t eat that,” your nerves are worn to a frazzle and you’ve deleted her number and her body digits from your memory.

Timid Terri – is usually pretty, but unaware of it.  She spends the date starting sentences and not finishing them.  Her conversation is usually disjointed, and therefore uninteresting.  She can’t look you in the eye because she’s afraid of saying the wrong thing or not meeting your approval.  She has no known opinions on any given subject and has no idea as to what she has going for her.

Homebound Hillary – doesn’t like to go outside her comfort zone.  Anything done with her has to be within the confines of her living quarters.  Her usual line is, “I’m leery of crowds or I don’t have anything to wear.”

Paula The Playa – is super fine and knows it.  She is usually seeing you and at least two or three other guys.  She is trying to make up her mind on which one is the best, and she’s juggling all of us around (schedule-wise) in an attempt to make a determination.  She is confused but covers it well with a dazzling smile that keeps you coming…but not for long.

Frigid Frida – has been hurt before and it shows.  Her guard is up from the moment you approach her.  She practically asks for identification.  She’s suspicious, paranoid, and determined not to let another man get too close.  With her, you spend an enormous amount of time trying to prove to her that you don’t bite and you’re not like those other guys.