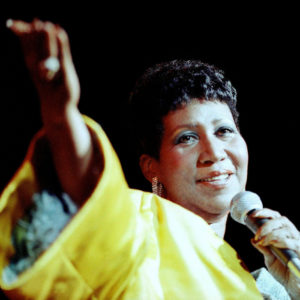 Of All Time – Part I

Aretha Franklin –  With 18 Grammy Awards, 20 No. 1 Billboard R&B singles, and over 75 million records sold, Aretha Franklin was without question “The Queen of Soul.” She recorded for over 50 years and had 100 entries on the Billboard Hot R&B/Hip-Hop Songs chart, more than any other female artist. Franklin was the first female inducted into the Rock & Roll Hall of Fame and Rolling Stone named her No. 1 on its list of the 100 Greatest Singers of All Time. In October 2014, Franklin became the first woman to have 100 songs on Billboard’s Hot R&B/Hip-Hop Songs chart with her cover of Adele’s “Rolling in the Deep.” 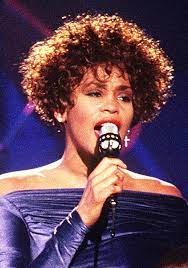 Whitney Houston –  The Guinness Book of World Records named Whitney Houston the most awarded female artist of all time with over 600 awards during her phenomenal career. Her list of honors included 30 Billboard Music Awards, 22 American Music Awards (most of any female), 19 NAACP Image Awards, six Grammys, six World Music Awards, and an Emmy. She sold an incredible 200 million singles and albums.  Houston’s 1985 self-titled debut album is listed as one of the 500 Greatest Albums of All Time by Rolling Stone magazine and is on the Rock & Roll Hall of Fame’s Definitive 200 list. It is the best-selling debut album by a female artist, with over 25 million sales worldwide. Houston was also the only artist to have seven consecutive No. 1 singles on the Billboard 100 chart. 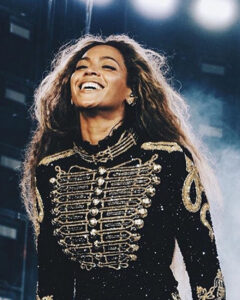 producer, actress, entrepreneur, and philanthropist, Beyonce is “The Most Powerful Entertainer In the World,” according to Forbes magazine. Her seemingly endless list of accolades also includes being named one of Time magazine’s “100 Most Influential People” and People magazine’s “World’s Most Beautiful Woman.”  As a solo artist and a member of Destiny’s Child, Beyonce has sold over 135 million records and won 20 Grammys. She has also received 20 Soul Train Music Awards, 18 Billboard Music Awards, 18 MTV Video Music Awards, 16 BET Awards, 11 American Music Awards, and 10 World Music Awards. 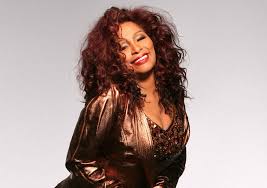 Chaka Khan – As a 10-time Grammy Award-winner Chaka Khan began her career as the lead singer for the band Rufus in 1973 before launching her solo career in 1978. She has sold over 70 million records worldwide. Her classics include “Sweet Thing,” “I’m Every Woman,” “I Feel for You,” “Ain’t Nobody,” and “Higher Love” with Steve Winwood, which won a Grammy for Record of the Year in 1987. In the course of her solo career, Khan achieved three gold singles, three gold albums, and one platinum album with I Feel for You. She was ranked No. 17 in VH1’s original list of the 100 Greatest Women of Rock & Roll. She has been nominated for induction into the Rock and Roll Hall of Fame three times as a solo artist. 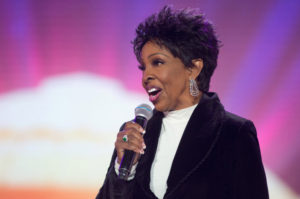 excelled as a solo artist and lead singer of Gladys Knight and The Pips. She is a four-time Grammy Award-winner whose classics include “I Heard It Through the Grapevine,” “Midnight Train to Georgia,” and “Neither One of Us Wants to Be the First to Say Goodbye.” Knight also recorded the AIDS benefit anthem “That’s What Friends Are For” with Stevie Wonder, Elton John, and Dionne Warwick.  She received a star on the Hollywood Walk of Fame, and her numerous honors also include Lifetime Achievement Awards from BET, Soul Train, and Essence magazine. 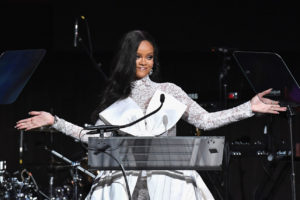 Rihanna has sold over 200 million records and won eight Grammy Awards. Her numerous honors also include 23 Billboard Music Awards, eight American Music Awards, the Fashion Icon Award from the Council of Fashion Designers of America and selection for Time magazine’s list of the 100 Most Influential People in the world. In February 2016, “Work,” her collaboration with Drake, became her 14th No. 1 song on the Billboard Hot 100 chart, pushing her ahead of Michael Jackson for fourth place behind The Beatles, Elvis Presley, and Mariah Carey. She also joined the Beatles and Presley as the only artists to achieve a No. 1 single on the Hot 100 chart for seven consecutive years.