The Dating Chronicles – A Tale Of Two Hearts 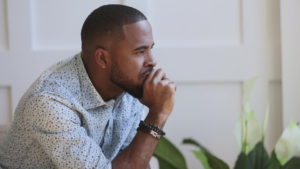 A Tale Of Two Hearts

Jack stood in the mirror surveying his image in the glass before him.  His hairline seemed to be inching rapidly to the back of his head, as he stared quietly at the new pimple on his chin.  He wondered if he still had it and could still see the light of admiration in a woman’s eyes when he walked into a room.  He had just turned thirty-nine and he was starting to feel less confident.

He had made a date with a woman he’d just met, but suddenly he didn’t want to go.  He wondered where Rena was and who she was with.  He knew he had hurt her and he wanted to call, but he didn’t know what to say.  Lately, he had been so preoccupied with what he saw as his fading looks, and the situation on the job, that his interest had shifted from Rena to worry.

He always hated it, when she wanted to talk about their relationship and where it was going.  Things had been crazy at work with a new boss coming in and everyone was uptight and concerned about layoffs and changes.  He had just gotten home last week and was having a terrible bout of “the job blues” when she called.

She’d had that exhausted sound in her voice that always signaled she was about to embark on an emotional speech about her feelings.  But he wasn’t in the mood, and he had stopped her in mid-sentence with a deep sigh of irritation.  He told her that he was no longer interested in being romantically hitched to anyone and that he just wanted to be alone.  He put a nail in it, by suggesting she find someone who could return her feelings.

But now, as he stood gazing at his reflection, he regretted terribly what he had done.  He wasn’t sure if he loved Rena, but he did care about her.  He just resented her need to have more right now.  He wasn’t about to jump into another marriage without being certain, and he knew that because she had never been married, she was dying to be.

Now that the tension had eased at work, his mind had time for her again.  But she was gone, and he didn’t know how to get her back.  He decided to cancel his date

Rena stared at the television, but she wasn’t watching it.  Her mind was on Jack and what he had said to her.  Last night was the first night she hadn’t cried since she’d talked to him.  It was Saturday night and this was the one night they had always spent together.  She wondered what he was doing and if he was with someone new.  She was convinced that someone else had taken her place.  The thought brought tears to the edge of her eyes.  She felt as if someone in her family had died, as the loss of his love pounded in her brain.  Did he ever love Me?…she thought to herself.

After all, he had never said it.  But she had.  Over and over again, she told him how much she loved him, in the hope that he would respond in kind.  The tears began to flow freely down Rena’s cheeks and lapped unattended beneath her chin.  Suddenly, she was interrupted by the doorbell.  When she opened the door, she was shocked to see Jack in the doorway.

When he spoke, his voice was slightly above a whisper.  “I just came to tell you I love you Rena, and how I came to know it.”  He took out a handkerchief and slowly wiped her tears.  “I’m so sorry for what I said to you,   I hope you forgive me and consent to be my wife.”