The Dating Chronicles – The Plot 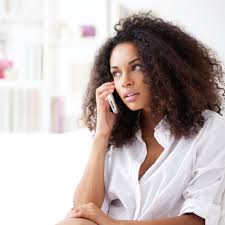 Margo stared silently into the darkness of her bedroom as her thoughts divided themselves between sanity and satisfaction.  She and her boyfriend Carl had been a couple for over three years.

Yet, she had not heard from him in over a week and though he had disappeared before, she was uncomfortable this time. She knew he dated other women because he was upfront about it and she often lay awake at night wondering who he was with.

She hated her status as his girlfriend because it gave her no rights.  She couldn’t question him at will about his whereabouts, or expect him to be monogamous and not date other women. There was no real commitment from him, and she resented her attachment to him and his attitude toward her.

She decided marriage to Carl would give her status and peace.  She would then have the right as his wife to question him and make him accountable to her.  She planned to tell him when he showed up that she was pregnant, and because she knew how much he loved children, he would want to do the right thing. Her plan to deceive him included telling him that she was three months pregnant, with a plan to claim a miscarriage shortly after they were married.

However, when she called him again the next morning, she learned he had changed his number. Frantically, she called his brother and a couple of his friends and couldn’t get an answer.  Three days later, she learned from his Facebook page that he had eloped to Mexico with an ex-girlfriend.