The Dating Chronicles – The Wedding 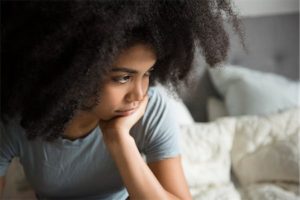 Amy sat in the darkness of her bedroom and contemplated her choices.  After careful deliberation, she decided she had none.  Hank had put his cards on the table.  She could either go on without him or continue to see him at his leisure.  His wedding was Sunday, and she knew without thinking that she would ease into the back of the church on Sunday to finally get a glimpse of the woman she’d envied for the past two years.

As tears ran down her face, she recalled when she and Hank first met six years ago, and how frank he had been about dating other women.  Though she didn’t like sharing a man, he had been irresistible; because of how he made her feel when they were together.  But now, it was different.  He had met someone and he was in love, he said, but he was willing to still see Amy when he could, as long as she could handle it.

She thought of all the men in her life who it seemed had always chosen someone else over her. First, her father left her mother for another woman, and they never saw him again.  Then her husband moved out when she was at work one day and went back to his ex-wife.

But she had never loved a man the way she loved Hank, and for her, life held no future without him.  Amy was convinced that true love was not a part of her destiny, and so she resigned herself to accepting the scraps from another woman’s table.

She dozed off and when she awoke, it came to her that no one could love her until she learned to love herself.  She sat up in the chair and turned on the lamp.  The light illuminated her revelation.  She reached for the phone to tell Hank goodbye. She changed her mind. She was done and there was no need to inform him.  Instead, she decided she would go to church on Sunday, but not to Hank’s wedding.