The Dating Chronicles – The Breakup 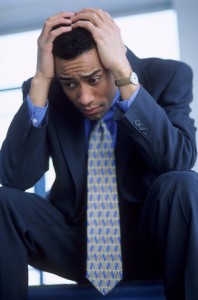 It had been a long day and Chuck was exhausted as he leaned against the door of his apartment. He struggled to find the key, and he wished again he had an alternative to the decision he had to make. He wanted his live-in girlfriend Lyn to move out, and he didn’t know how to tell her. He had met Susan a few months ago at a party, and they had fallen madly in love.  Now, she was badgering him to end the relationship with Lyn, so they could get on with their lives with no excess baggage.

He felt tense as he entered the dark apartment, and heard the soft music playing in the living room.  He had decided to forego his usual Thursday night poker game because he knew he needed to bring this relationship to a close.  He wanted to get it over with.  He had been with Lyn for over three years, and he felt guilty as he recalled how he had promised her when they moved in together, they would eventually get married.

Now things had changed, and he knew Lyn would be distraught over his decision. He decided not to tell her the truth or even mention Susan.  He planned to tell her instead that he had come to a point in his life where he needed his space and he wanted to live alone.

He flipped on the light and immediately felt shock waves throughout his body, as he saw that his living room was empty of furniture.  He flipped on the dining room light, and it was empty as well.  He began to panic as he called out for Lyn, but she didn’t answer.  He walked slowly toward the bedroom calling her name over and over.  When he pushed open the closed door, he found that the only thing left in the room was a Dear John letter lying in the middle of the bare floor.

In her letter, Lyn told Chuck that she had met someone new and that she was eloping that weekend.  He walked to the bathroom and sat down on the only seat left in the house and wept uncontrollably.  He didn’t call Susan or answer his phone for a week, and when he did, he told her that Lyn had taken the news of their breakup well and he’d been super-swamped at work.