The Dating Chronicles – The Perfectionist 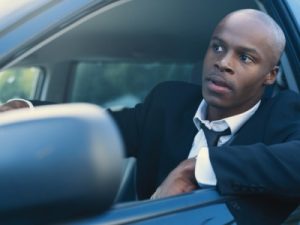 Kurt got in the car and just sat there.  He put the key in the ignition but didn’t turn it on.  He was suddenly exhausted.  This was his third date in three weeks with three different women, and he was losing his will to go on in his search.  He had been searching a while to meet the woman of his dreams but he was about to give up.

His friends called him a perfectionist and his sisters called him ridiculous.  But in his mind, he knew exactly what he was looking for and he wasn’t going to settle for less.  She had to be tall, a size 10, with shapely legs, an encyclopedic mind, a short haircut, a style all her own, flashing white teeth, small dainty hands, and wearing a size 7 shoe.  She also had to possess an impressive “keep up” knowledge of football along with a hearty laugh.

The woman of his dreams would not just be his woman.  She would also be a playmate, whose carefree confident spirit would keep him inspired and content to be with her and only her.  As he sat alone on the dark street in front of the house of his last “try-on” the lights of a passing car shone brightly in the window of the house, and he saw his date staring at his car from behind the drapes.

He smiled, as he imagined her bewilderment at seeing him still being in front of her house after dropping her off.  Suddenly, he felt bad, as he thought of how abrupt he’d been when he pulled up to her door.  He was disappointed that it had been another failed evening, and he didn’t bother to hide it.  She hadn’t even come close to his ideal.  She was short and wore glasses.  She also had long hair and large hands, but he laughed more with her, than he had with anyone in a long time.

As he glanced up at the house, he noticed she was still watching him and had now removed her glasses.  In the moonlit window, she suddenly looked beautiful.  He leaned up for a closer look.  He started his car and dialed her number.  Maybe he’d give her another try.  As the phone rang, he suddenly remembered how knowledgeable she’d been of football.